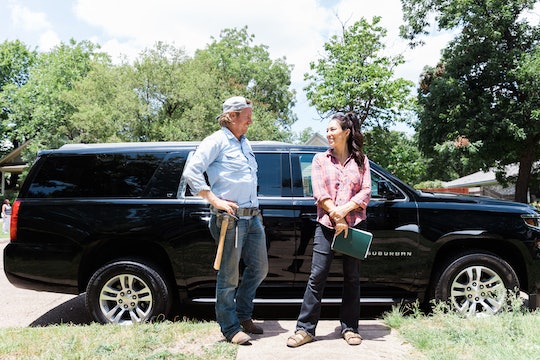 Never say never, y'all. After airing their final episode in 2018, Chip and Joanna Gaines are officially coming back for a new season of their popular home design and renovation show with a Fixer Upper reboot on their very own Magnolia Network next year.

Fans all remember saying goodbye to the beloved HGTV series more than two years ago after five feel-good, informative seasons that showcased Chip and Joanna Gaines fixing up houses for families close to their Waco, Texas home while also gifting the world with an endless supply of shiplap inspiration. The couple was, of course, also raising their five kids: 15-year-old son Drake; 13-year-old daughter Ella; 12-year-old son Duke; 10-year-old daughter Emmie Kay; and 2-year-old son Crew. It was undoubtedly a lot to manage and, according to the couple, they "needed a break."

"The day we wrapped our final episode of Fixer Upper, we really believed it was a chapter closed," Chip and Joanna said in a press release on Tuesday. "We knew we needed a break and a moment to catch our breath. But we also knew we weren’t done dreaming about ways to make old things new again."

Now, the couple will return with new renovations on their Magnolia Network when it launches in 2021, though an exact date has not yet been announced.

In a blog post on the couple's Magnolia website, Chip said they've been working tirelessly on their new venture. "This past year, we have poured our hearts into content and programming for Magnolia Network. Searching for stories we believe the world needs to hear. Stories that bring us together, that let us see things in a whole new light. Stories that connect us to our roots, and to one another," he wrote. "And for Jo and me, it dawned on us that we wanted to be a part of this lineup with a new season of Fixer Upper."

According to Deadline, Fixer Upper was the most watched unscripted show on network television by the end of its run, drawing 19.6 million viewers in every week by its fifth season. And when it returns, Chip wrote in the blog post that "in a lot of ways, the show is going to pick up right where it left off."

"These years in between have taught us a lot about ourselves and how we operate best, so we’re likely to do a few things a little differently this time around," Chip wrote. "We’re gearing up to start filming again, and I’ll be honest, Jo and I feel like a couple of kids trying our best to keep down a few butterflies. But we are mostly just giddy about getting the band back together again so we can share the story of these families and their homes with you."

The Fixer Upper reboot is one of three shows added to the slate of programming on the Magnolia Network for next year. According to a press release from Magnolia Network, fans can expect to see a show called Self-Employed, where Jonathan Morris of Fort Worth, Texas travels the country to find the best small business owners as well as an unnamed design show from Brian Patrick Flynn.

So now all we have to do is get through 2020 and try to patiently wait for the Fixer Upper reboot.