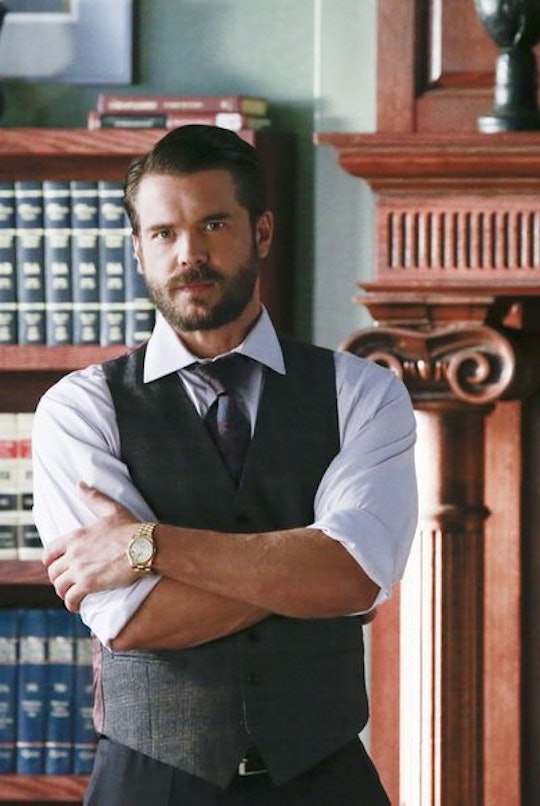 Frank Kills Bonnie's Dad On 'How To Get Away With Murder', But That Might Not Be Enough

Frank has been M.I.A. for pretty much the entire season so far, off shaving his head, killing hitmen who come after him, and generally laying as low as possible. But when Frank killed Bonnie's dad on How to Get Away With Murder Thursday night, it gave us some insight into what he's really doing while in hiding. In case you forgot, the whole reason why Frank left was because Annalise found out about his involvement in the crash which killed her unborn son years ago. Since Frank was responsible for it, in a way, he's been apparently planning to make things right by killing Bonnie's dad on HTGAWM, who is the same man that molested Bonnie for years before she finally got away from him.

Bonnie's father has been in prison for years and is now an elderly inmate relying on an oxygen tank to stay alive. As Bonnie explains that he was moved to a lower security prison with a hospital facility, we see Frank's motives for posing as a janitor and slipping a key card off a nurse he slept with. Because, it's just Frank things.

As he switches the oxygen tank for a small can of hydrogen sulfide, a highly poisonous gas, he watches Bonnie's dad die in his bed and it's then that we really get Frank's motive. Obviously avenging his former colleague and really only friend was part of it, but so was over identifying with ruining someone's life. So in a way, Frank killing Bonnie's dad on HTGAWM was also Frank trying to redeem himself. But will that really be enough?

Frank describes to Bonnie's dying father what the gas is going to do to his insides, killing him in the process, and says that "The worst pain of your life still won't make up for what you did to her." Now, Frank may have not killed Annalise's baby himself or even meant for it to happen, but it's obvious that he's blaming himself just as much as Annalise is. Where does this leave Frank, as far as the rest of the season, though?

He obviously can't stay on the run forever and he seems like he's trying to atone, in a way, so maybe this means that in the next half of the season he'll finally be making his way back? If nothing else, you know he has to have something to do with the fire at Annalise's house and there is still the matter of Laurel being pregnant. So yeah, there are plenty of places where Frank could fit in once he finally comes back.