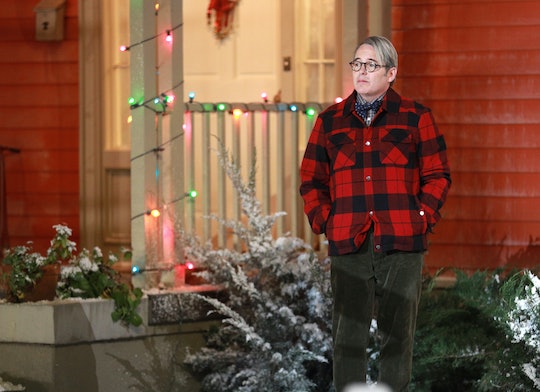 Twitter Had Fun With Matthew Broderick's Role On 'A Christmas Story Live!'

If you're a fan of the original movie or the Broadway musical, then you're familiar with the role that the narrator plays in A Christmas Story. And thanks to all of the funniest tweets about Matthew Broderick narrating A Christmas Story Live!, we can all appreciate the important part he landed for the TV special, and that's the greatest Christmas gift of all.

Now to be fair, the narrator is fairly important in the original movie, so naturally he had to be part of the live FOX special, but it's definitely a different experience to not only hear Broderick but see him as well. Broderick appears in almost every scene, as the other actors ignore his presence — except when they sometimes didn't, which became a little confusing if I'm being honest.

With all of the other big names in A Christmas Story Live!, there almost had to be a relatively big name for the narrator, but you'd better believe that if Broderick was going to play the part, it wouldn't be strictly voice work, especially as the actor has theater experience of his own. Even so, viewers have found his narration to be almost distracting in some scenes, especially when he was opening car doors, singing with Ralphie, or just adding some explanation to the screen during some of the more memorable scenes of A Christmas Story Live!.

To his credit, Broderick at least appreciates the holiday nostalgia that the live TV version of the movie and musical brings to it. "I always thought it was really funny and I still do," he told the Daily News. "It’s an excellent antidote to some of the serious, sentimental parts of Christmas." But fans on Twitter are having a hard time getting over his role as narrator and can anyone really blame them?

Since the live TV productions of other classics like The Sound of Music and Grease have aired in the past few years, they've become something for fans to look forward to, even if some things can end up getting lost in translation between the original film and live TV special. In this case, Broderick is more than the narrator of the original film and with his role made much larger for A Christmas Story Live!, fans have definitely noticed and aren't really sure what to make of it.

Broderick has worked in theater for years and appeared in several different stage productions, so getting to perform as the narrator wasn't a huge stretch as far as what he's capable of as an actor. But seeing him in every scene almost took you out of the moment and perhaps even distracted you from what was going on.

Broderick joined several other big names when he was cast as the narrator, so it would have probably been even more off-putting if he'd only appeared in voice-only. But the tweets about Broderick prove that fans definitely have some mixed reactions about this version of the role. Can the cast see him? Is he playing multiple roles? What the heck is going on here?

Whether you were pleasantly surprised to see Broderick as the narrator or were at first a little caught off guard by his portrayal, at the very least, he made an impact on fans anyway. I don't know how into this take on the narrator I am, but if you're a fan of the live stage production of A Christmas Story, then it may have been something you expected. And if you're one of the many dedicated fans of the story as a whole, it's just another feel good Christmas movie to watch over and over again.