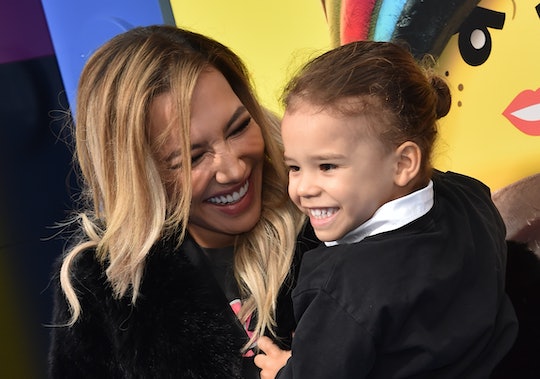 Authorities shared a heartbreaking detail about the tragic death of actor and mother Naya Rivera that provides a fuller picture of what happened the day the Glee star went missing following a boat outing with her son, Josey. According to Ventura County Sheriff Bill Ayub, authorities believe 33-year-old Naya Rivera saved her 4-year-old son's life before she died in Lake Piru, California.

Rivera was initially reported missing last Wednesday, after she rented a boat with her son for a day on the lake, according to The Los Angeles Times. After the boat was not returned within the allotted time, a leasing agent went looking for Rivera and found the vessel at a northern section of the lake. Rivera was not on board; her son, Josey, was reportedly found asleep in a life jacket, wrapped up in a towel, according to CNN.

Days after she went missing, police announced that Rivera's body had been found. At press conference Monday, Ayub told reporters that the 33-year-old mom had apparently drowned and her son had offered some insight into what happened.

"We know from speaking with her son, that he and Naya swam in the lake together at some point during their journey," Ayub said. "It was during that time that her son described being helped into the boat by Naya, who boosted him onto the deck from behind. He told investigators that he looked back and saw her disappear under the surface of the water."

Ayub went on to conclude that authorities believe the very last thing Rivera did was save her son's life before she presumably drowned. "The idea perhaps being that the boat started drifting, it was unanchored, and that she mustered enough energy to get her son back onto the boat, but not enough to save herself," Ayub told reporters Monday.

Rivera's official cause of death will be determined by the Ventura County Medical Officer, according to The Desert Sun.

Rivera clearly adored her son, who she shared with ex-husband Ryan Dorsey, according to People. Her Instagram feed was peppered with moving posts about her little boy and her unconditional love for him. Last September, for instance, she shared a photo of the two of them snuggled up together on the beach to celebrate his fourth birthday with a caption that is a quote from the Robert Munsch book Love You Forever: "I'll love you forever, I'll like you for always, as long as I'm living, my baby you'll be. Happy birthday Josey! Love Mommy."

Because of Rivera's last presumed act of pushing her son on board that boat, he is still alive. There is no purer definition of a mother's love.