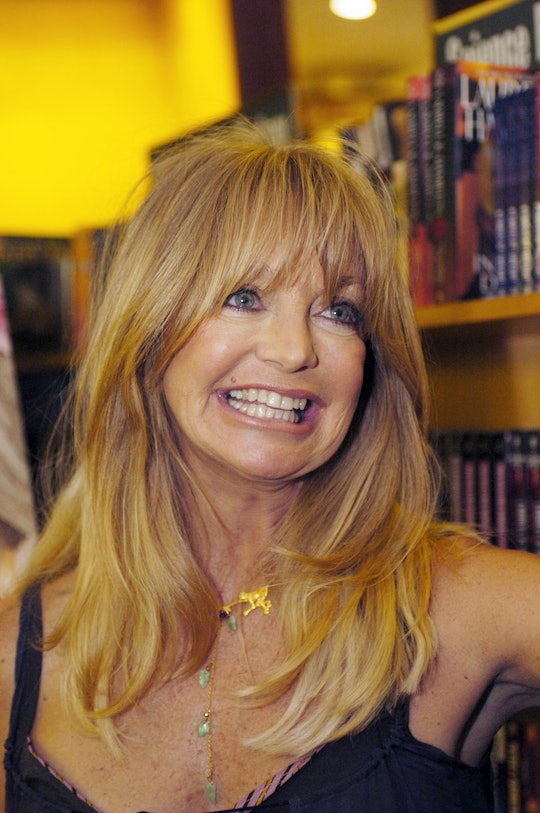 Getting your kids to go to bed can be a total exercise in futility. In an effort to bring calm to the chaotic bath-book-bed nighttime routine, actress and mindfulness advocate Goldie Hawn has voiced “Goldie the Mindful Moshling,” a new Sleep Story for the Moshi Twilight app that is lulling kids (and their parents) to sleep everywhere.

In “Goldie the Mindful Moshling”, Hawn’s character (aptly named Goldie), learns how being calm and more mindful during the day can help her to have better dreams at night. As Goldie explores the Moshi moonlit world, kids will hear about fanciful locales, like Franzipan Farm and Lush Lagoon. They’ll also meet interesting characters along the way, like Captain Squirk and his trip on the Starship Sleepy Eyes, or Mr. Snoodle and his travels on the Twilight Train.

“Goldie the Mindful Moshling” is the latest Sleep Story for Moshi Twilight, a leading mindfulness and relaxation audio-only app designed for kids. And here’s something else that can be soothing — for parents. Kids can listen to the story for free via the Moshi Twilight app in the Apple App Store, Google Play, and the Amazon App Store.

Like other Moshi Twilight Sleep Stories, “Goldie the Mindful Moshling” is designed for listening after you’ve already read a bedtime story to your little sweeties and they’re ready to go to sleep. In addition to the sweet storytelling, gentle music and sounds that can calm your kiddos plays in the background.

Hawn, a longtime supporter of children’s rights, founded The Hawn Foundation, a non-profit which helps children develop strategies and solutions in dealing with issues such as anxiety, depression, suicide, and bullying. “All children in the world are our most precious resource for a happier, healthier tomorrow," said Hawn in a press release. "They deserve all we can give them to thrive and succeed in this sometimes challenging world."

But it’s not just about getting your kid to konk out at a decent hour (although that would be nice). The goal of “Goldie the Mindful Moshling” —along with the entire Moshi Twilight Sleep Stories — is for your child to practice kindness and compassion, so that he'll have better sleep at night. Based on the app, I would guess that this genre of story would be good for the elementary school set, who would probably appreciate the scope of the stories and the assortment of eclectic characters they’ll find in the Moshi world.

There’s a reason why there’s such a need for sleep-inducing apps for the school-age set. Sleep (or the lack thereof) is a real problem for kids. Kids aren’t getting enough ZZZs for a variety of reasons, The Atlantic reported, such as school starting too early, being stressed out, or simply just being on their electronic devices too much. The problem is that bad sleep can snowball into bigger issues, such as poor performance in school, as well as behavioral and health challenges, such as obesity, the National Sleep Foundation reported.

Now, at the end of the day, the last thing you might want is for your kid to be on a device, since tech can actually stimulate your child — and stall sleep. Blue light emitted from a phone or tablet can act as a stimulant, and in turn, keep your kiddo awake. But “Goldie the Mindful Moshling” is like being read a bedtime tale. Except that instead of you or your partner doing it, it’s an A-lister whose goal is to help your child slowly snooze her way to Slumberland.