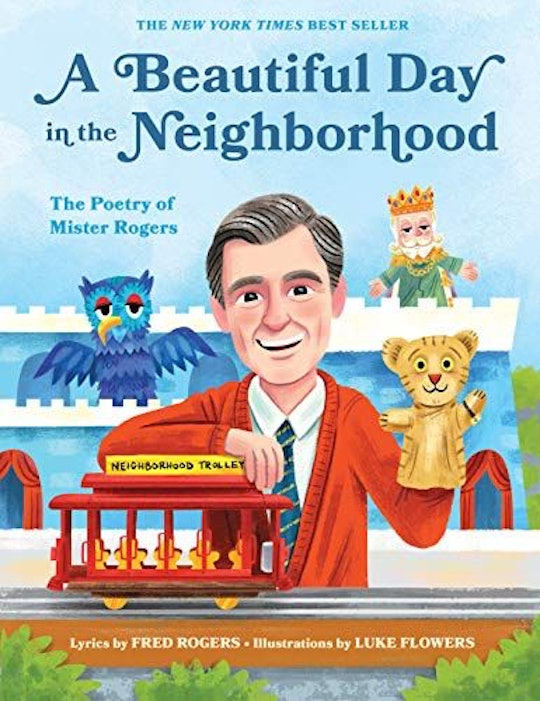 There’s still hope and light in this world — from the great beyond, Mister Rogers is still touching hearts in the most wonderful way. There’s a new picture book that includes all of our most-loved songs from Mister Rogers’ Neighborhood, and unsurprisingly, it's the Best Picture Book Winner for the annual Goodreads Choice Awards, where winners are chosen by readers and not critics — unlike most literary book awards.

This year, more than 4.6 million votes were cast for the best books of 2019, and A Beautiful Day in the Neighborhood: The Poetry of Mister Rogers — with words by Mister Rogers, and illustrations by Luke Flowers — received the most votes.

But this gorgeous picture book includes 75 of Mister Rogers most wonderful songs, favorites that we all remember from our childhoods and need to pass down to our children, including, “It’s you I like. It’s not the things you wear, it’s not the way you do your hair — but it’s you I like… ” noted the Amazon description. Excuse me while I go grab some tissues.

A Beautiful Day in the Neighborhood: The Poetry of Mister Rogers
Amazon

The reviews on Goodreads for this book are phenomenal, with one reader reminiscing about her love for Mister Rogers and the show: “Literally one of the greatest human beings to have ever existed! I grew up with the television show and hearing Mr. Rogers speak, and he was always so genuine. He was also so amazing with adding diversity to his shows and the world… not only were the poems great, but the illustrations matched really well! Overall this is a must read from a man who wasn't a social media giant but spread his word through love and stories!”

A grandmother was also a fan, writing, “This is a wonderful and lyrical book of children's songs and poems from the Mr. Rogers show. I raised four daughters who loved this show. It was such a beautifully quiet show but with enough going on that it kept their interest… but back to the book, the poems are indeed a treasury. They would be wonderful to read to your children at any time and then later they can read it themselves.”

Even if it's just for yourself and you let your kids borrow it sometimes, this needs to be on your wish list this year. I'm so glad Mr. Rogers is still touching children's lives (and their parents) even after he has passed away. And I'm sure he'd be so tickled and humbled to know that.