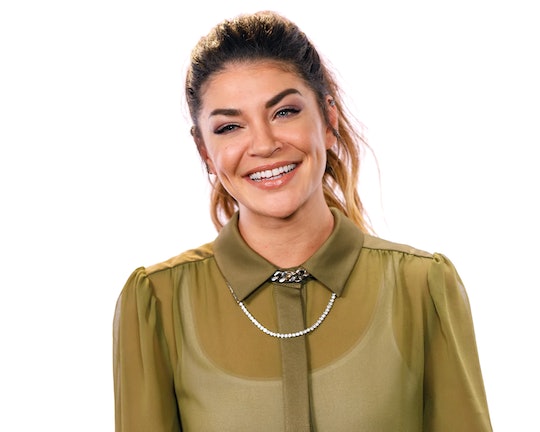 The mom-to-be revealed the big news in an Instagram post on Wednesday, sharing a photo of herself grinning from ear-to-ear with Richardson staring at her growing bump. "Full of joy!" she captioned the sweet black and white snapshot.

Richardson, who plays hockey for the Arizona Coyotes, and Szohr have been dating since last year, according to E! News. According to Us Weekly, Richardson is already a seasoned dad as he shares a daughter with his ex-wife, Lauren Hunt.

While Szohr revealed that she's over the moon about her baby-to-be, she didn't share any other key details, like when she's due or if they know the sex of the baby. And it's probably safe to say that she won't share too much about her pregnancy. The actress told HollywoodLife in February 2019 that she is a private person. "There's just a space of like...when you are home with your life, you just want your space with that person," she told the site. "And it's totally fine if people want to share their things. There's no right or wrong to any of it. But I like my privacy."

If this was happening back in 2007, Gossip Girl would certainly have their hands full. Xoxo.