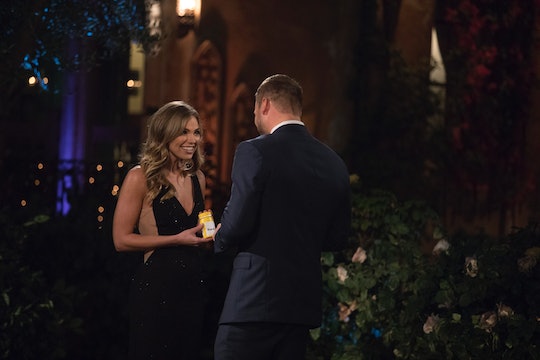 The two things you probably associate Hannah B. with from The Bachelor are "Roll Tide" and Miss Alabama USA 2018 and I don't blame you. If fans took a shot for every time she mentioned one or the other during the season premiere, there would be millions of plastered viewers in front of their TV screens by the time the first half was over. But to be honest, Hannah B.’s Instagram shows another side of The Bachelor contestant outside of the show. Yes, there are a ton of photos dedicated to her love of the University of Alabama, her alma mater, and the pageants she was part of for the past couple of years, but it also shows how close she is to her family. On a show where the Bachelor in question is also family-oriented, that’s not a bad quality to have.

So far, Hannah B. has been the focus because of her previous Miss America feud with fellow Bachelor contestant Caelynn. According to the women, who explained their past friendship on The Bachelor, they were once close and even roomed together before Caelynn made it further in the Miss America USA competition than Hannah B. did. I’m sure there’s a lot more to the story, but aside from the inevitable drama to come from their former feud and current competition over the same man, Hannah B. seems like she has strong family values that make her a solid match for Colton.

Last Mother’s Day, Hannah B. posted a picture of herself with her mom and included in the caption, "I can’t do this amazing life without you. Thank you for all the blessing you have worked so hard to make possible in my life." Basically, they double as besties and will give any mother-daughter duo parenting goals.

On another photo Hannah B. posted of herself with her brother and their mom commented, "Love these two so very much!!! So different but I really don’t think I would change one thing about either of them!" It’s a far cry from the awkward Facebook comments most parents are known for writing under their adult children’s posts, so it's no wonder why Hannah B. is still so close to her mom as an adult.

If Hannah B.’s mom is one of her closest BFFs, then her brother is also up there on the list. She posted a Christmas photo with him and the family dogs and on his own Instagram, he recently posted a photo with Hannah B. and the rest of their family. It looks like he’s her only sibling, but more than enough for her since they seem like they’re just as close as Hannah B. is with their mom. And judging by how much fun they seem, I wouldn't say no to an invite to their next family reunion — Just saying.

Since Hannah B. seems to be as close to her own and has a similar love of dogs, she would fit in pretty well with the Underwoods. That is, if she makes it to hometown dates this season. It's still a while away, but if Hannah B.’s Instagram before The Bachelor is any indication of what she values the most, she could eventually be a frontrunner this season.