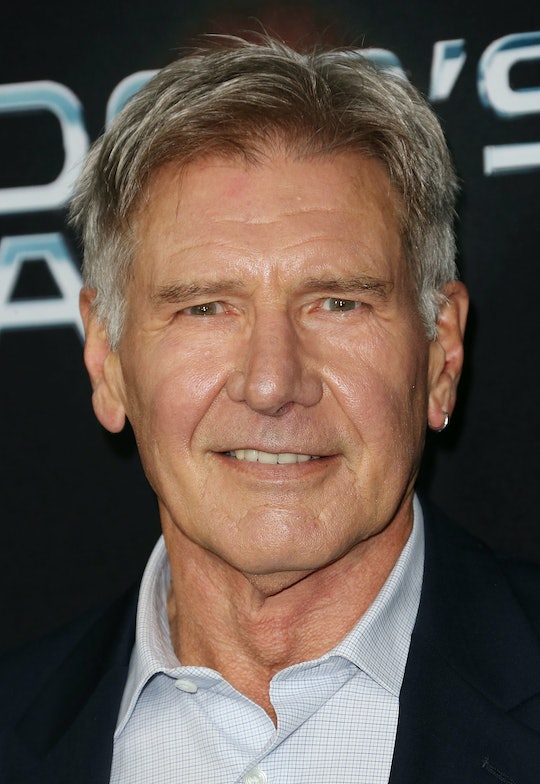 Although Star Wars: The Force Awakens was nominated on Thursday for a handful of Oscars, Harrison Ford was snubbed in the Best Actor and Best Supporting Actor categories. He must be used to it: Ford has only been nominated once for an Oscar for his leading role in Witness in 1986, but he didn't win. In fact, the Hollywood staple sort of never wins anything. His snub this morning didn't make that reality any easier to swallow: in fact, it just made the news hurt way more.

The few things Ford has taken home? A Golden Globe for Lifetime Achievement, an Academy of Science Fiction, Fantasy & Horror Films award for Best Actor for Raiders of the Lost Ark. He's won a handful of People's Choice Awards and other smaller, lesser known honors for Lifetime Achievement. Once, he took home the golden popcorn from the MTV Movie Awards for Best On-Screen Duo, which he shared with Tommy Lee Jones in The Fugitive.

And now? Nothing for Star Wars: The Force Awakens, which quite frankly, has sort of highjacked all of pop culture this year. The film was everywhere, someone should win something for it besides visual effects or sound mixing. People, this is Harrison Ford we're talking about! He was nominated for a Golden Globe for Sabrina in 1996, but The Academy can't show Han Solo some love?

It could be that it's the kind of movies Harrison Ford does — a lot of action and science fiction/fantasy films. Those films tend to be ignored by the more "serious" award shows. It's not fair, and it's never been fair. Plus, ignoring the blockbuster hits only further serves to separate The Academy from the fans who actually flock to the theaters to watch the movies they love and are excited about. If we want to close the gap and help increase visibility for documentaries and movies alike, The Academy needs to pay attention to the films that have for so long been so far off their radar. So what if they haven't always been so keen on sci-fi and fantasy films? This year, especially with the success and the sheer awe of Star Wars: The Force Awakens, would've been a great, great place to start.

Fans have long been aware of the bias, and this year, they're less than pleased that their Solo woke up this morning empty-handed:

What did Harrison Ford ever do to the Academy? HUH? HUH?

More Like This
Tom Hiddleston & Zawe Ashton Are Expecting Their First Child Together
The Heartfelt Details You Didn't Notice In Kate Middleton & Prince William's Portrait
6 Takeaways From The White House’s First-Ever Parents Press Conference
Why Babies Love Water, According To Experts