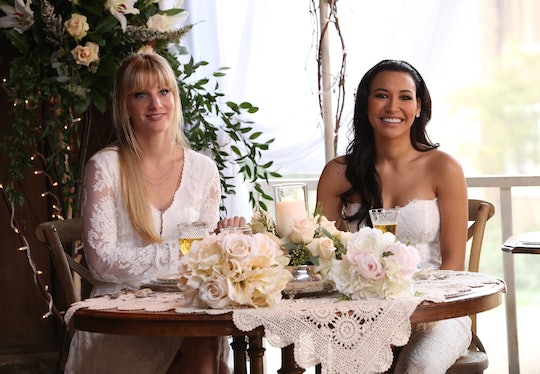 In the wake of her friend and former co-star's tragic death, Glee actress Heather Morris paid tribute to Naya Rivera by sharing several heartwarming photos and of their sons together and some touching memories they had over the years.

"We started out as the closest friends, and like all new things, we went through a bit of a rocky phase," Morris wrote of Rivera, her former Glee co-star and on-screen love interest, wrote on Instagram on Wednesday. "However, we stuck by each other's side and created the most beautiful friendship built on love and understanding."

Rivera went missing on July 8 during a boat outing with her 4-year-old son Josey on Lake Piru in California, according to CNN. After days of searching for the actress, authorities confirmed on July 13 that the 33-year-old actress had drowned after swimming in the lake with her son. Ventura County Sheriff Bill Ayub said that it is believed that she saved his life by helping him back on to the boat, according to People.

Morris, who is the mom to two sons — 6-year-old Elijah and 4-year-old Owen — recalled how much she treasures the moments her sons and Rivera's son had together. "We never took photos together because we mutually hated taking pictures...our relationship meant more than proof. I have countless pictures of our babies playing, because we shared that kind of pride and joy," she wrote. "So I'm showing the world a photo of our little goofballs for you, because I know they meant more than anything and remind me of you and I."

The two actresses became friends through the hit show Glee, which premiered in 2009 and remained on air until 2015. They played cheerleaders and on-screen love interests who ultimately got married to each other during an episode in the show's final season, so naturally they spent a lot of time together. After Rivera went missing, Morris had asked Ventura County law enforcement if she could help in the search and rescue efforts to find her friend.

Even once the show was over, Morris wrote on Instagram that they continued to remain close. "We vowed to spend every Easter together, even though Covid stole this last one from us," she said. "You are and always will be the strongest and most resilient human being I know, and I vowed to carry that with me as I continue to live my life."

Morris added that she will continue to remember Rivera through the lessons she taught her about grief, beauty, poise, strength, and resiliency. "Yet the utmost important lesson I learned most of all from you was being a consistent and loving friend," she wrote. "You were the first to check in, the first to ask questions, the first to listen..you cherished our friendship and I never took that for granted."