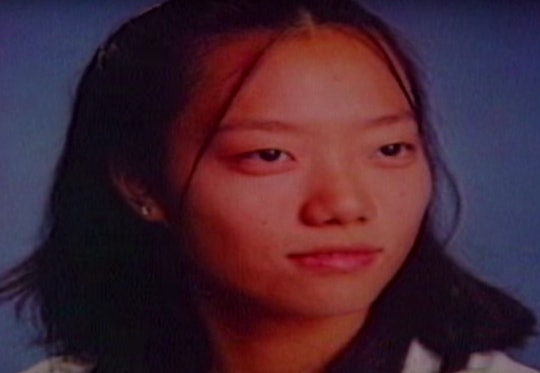 Here's A Timeline Of Hae Min Lee's Murder, Because The 'Serial' Case Isn't Over After All

Seventeen years and one murder conviction later, the question of who killed Hae Min Lee evokes a muddle of circumstantial evidence, conflicting witness accounts, and, of course, the national intrigue that ignited over the case when Serial host Sarah Koenig rigorously examined it during a 12-part podcast series in 2014. Now that Adnan Syed, Lee's classmate and ex-boyfriend who was convicted of killing her and sentenced to life in prison, will have a new trial, many Serial and true-crime aficionados are revisiting the timeline of Hae Min Lee's murder. Except there really is no one timeline, because the inconsistencies in the evidence in the case are exactly why it so readily catapulted back into the headlines.

What we do know for sure is this: 18-year-old Lee left her Baltimore high school before 3 p.m. on January 13, 1999, to pick up a cousin. She never showed up, and was never seen alive again. Then, on February 9, her strangled body was discovered in a shallow grave in a nearby park. Later that month, Syed was arrested, largely because an acquaintance, Jay Wilds, told police he had helped Syed bury the body. Syed has consistently maintained his innocence. And when his new trial rolls around, a former classmate will testify that she was with him at the library when the murder happened.

To hear Wilds tell it, Syed committed a premeditated murder, having talked about killing her before he allegedly showed Wilds her body in the trunk of his car at 3:55 p.m. the day she went missing. According to the testimony he gave at the 2000 trial that ultimately led to Syed's sentence of life plus 30 years in prison, the two of them buried the body sometime after 7 p.m.

Wilds's story, though, is about an hour off from the story cellphone records tell, according to information from Serial's website. And that's not all. Wilds never spoke on the record for Serial, but shortly after the season wrapped up in December 2014, he granted an interview to Natasha Vargas-Cooper of The Intercept. Many of the details he provides about that afternoon and evening divert from the timeline he swore to 16 years ago. There's evidence that police coached Wilds's statement, and that he played along because he was scared of doing prison time for selling weed — meaning it's possible that his timeline is made up.

Syed, on the other hand, claimed he went to the library to check his email after school and before track practice, according to The International Business Times. Asia McClain — the witness who will testify at the new trail, but did not do so in 2000 — says she saw him there at 2:30 p.m., during the crucial, 21-minute window when it's believed Lee was killed. Syed's story goes that at 8 p.m., when Wilds said they were finishing up burying Lee's body, he was delivering dinner to his father at the mosque.

Syed's new trial will surely build on some of these details as attorneys on both sides argue their cases. If the criminal justice system person, Syed will be convicted again if he committed the crime, or the now 35-year-old will walk free for the first time in more than 16 years if he is, in fact, innocent.