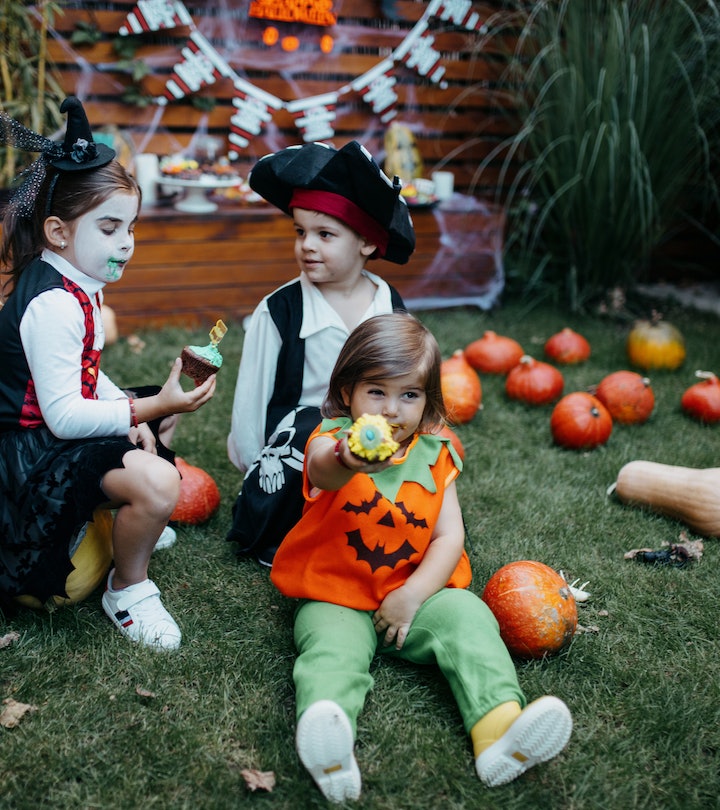 My son starts debating his next Halloween costume roughly three days after October 31. In November last year he was already five or six options into his potential list: a ninja, Harry Potter, one of the Wild Kratts, etc. He still hasn’t finalized his pick for 2020, but one thing is for certain — this year there will be a costume, but there will be no trick-or-treating.

The latter is my choice. I don't take the Centers for Disease Control and Prevention's (CDC) Halloween guidelines lightly, and they say that participating in traditional, door-to-door trick-or-treating is a high risk activity for contracting the coronavirus. This would slow my holiday roll on any given October, but the stakes are even higher for my family this year, as my 69-year-old mother-in-law lives with us. I've decided we're opting out, and I’m throwing a humdinger of a harvest festival instead. Hear me out.

Back in May our family left the packed metropolis of Charleston, South Carolina, for rural Virginia. We said goodbye to a family-filled 40-some home cul-de-sac and moved to a secluded property tucked above the James River. There are five homes at the top of our hill, but with no street lights and cars racing down the country road, I’d sooner send my son grocery shopping alone than out to collect Kit Kats on that starlit spit of asphalt.

And then there’s the fact that we’re new in town. Social distancing doesn’t exactly encourage the making of new friendships. In past years we might have driven to a friend’s neighborhood to trick-or-treat, but now I can count our new pals on one hand. So that leaves me with one choice: I’m channeling some big Martha Stewart energy and bringing the party to my boy.

With a guest list including three maybe four vetted kids (whose families are taking this pandemic seriously), the plan is to head to our backyard for some good old fashioned fun. I’m talking mummy bandage games, pin the wart on the witch, musical monster chairs, and personalized buckets for apple bobbing.

Is my 5-year-old thrilled with this plan? To be honest, no.

When I told him, he generously attempted to compromise.

“OK, Mom, how about we do your party and trick-or-treat.”

If you guessed that hearing his response felt like a vampire stake to my heart, you’re right. My boy loves Halloween. Last year he ran wind sprints as a mini Babe the Blue Ox around our neighborhood in delirious joy, collecting as much candy as his little pumpkin bag could carry. Once the realization that a repeat sugar-fueled run from house to house in our new town is out of the question, I fear tears are inevitable (his and my own).

And, sadly, if I'm being honest with myself, I know my down home hootenanny of a solution is really just me overcompensating for his inescapable disappointment. The truth is, all-he-can-eat caramel apples and a wild round of "bite the doughnut off a string" will not make up for the loss of participating in his second favorite holiday. Just like walking him to his iPad on the first day of Kindergarten felt like a stolen milestone.

But this is an unprecedented year and it calls for tough choices. Parenting is fraught even in the best of times, but it’s bizarre how 2020 has made even the silliest decisions heartbreaking. Maybe that's because they're really not so silly. In a time of chaos, psychologists say people cling to things that make them feel like they have some control. Holiday traditions, like Halloween, are a perfect example. To a 5-year-old, anticipation of a familiar, favorite costumed event could go a long way in normalizing a life filled with masks, inescapable bottles of hand sanitizer, and demands to stay six feet away from friends? Sounds pretty great to me. In fact, I suspect many of us parents need Halloween right now as much as our kids. A time to laugh and play and get dressed up and pretend that the last nine months never happened, a time to return to those sweet moments of childhood when we could just be silly and leave everything else up to the adults in the room. Unfortunately, this year there's no escaping my adulthood.

Which is all to say, we may not be trick-or-treating, but there will be fun, gosh darnit. We need the escape too much to let Halloween pass without some kind of celebration.

So I’m going to keep my chin up, crank up some fiddle tunes, and try to convince my boy that wearing a dinosaur costume sitting on a bale of hay in our backyard is even better than asking strangers for candy. And if I nail the decorations and fake my witch cackle just right, maybe my Halloween spirit will cast a spell over the afternoon and he’ll actually believe me.