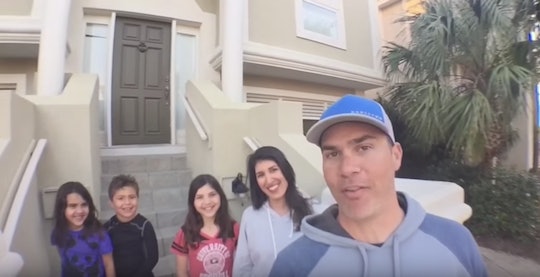 ‘Flip Or Flop Atlanta’ Stars Say This Made Them Better Parents

On July 20, HGTV will premiere its new house flipping show, Flip or Flop Atlanta. As the premiere date draws closer, fans are learning more about the show's stars, Ken and Anita Corsini. Although Ken and Anita have kept a relatively low profile prior to filming the show, they're now ready to open up about their personal lives and children. According to ET Online, Ken and Anita believe their business bettered their parenting.

Flipping houses is no easy task, especially when you've built your business from the ground up. As some fans may already know, Ken and Anita put in many years of hard work before they became successful in the real estate business. After Anita and Ken secured degrees from equally prestigious universities, they launched their own house flipping business in Atlanta and spent a lot of time plugging their efforts on social media. Although one could assume Anita and Ken's busy lives didn't leave a lot of time for parenting their three kids, this couldn't be farther from the truth.

Anita explained, according to ET Online:

We were expecting our first child, and Ken had been working in real estate for that year, so before I had that baby, he asked me, 'Why don't you get your real estate license and join me?' We just decided to take the plunge together and make it a family business, and that way we were home and around our baby and it kind of bettered our schedules.

Obviously, the great part about Anita and Ken's business is that they make their own schedules. A flexible schedule allows Anita and Ken to be around their kids as much as possible, and they've taken full advantage of this perk.

In a July 8 post to Instagram, Anita wrote about bringing her son to the set of Flip or Flop Atlanta:

The day my boy came to set with us. I found this little gem today, I'm pretty sure he had exhausted all his snack options at this point 😂 and was melting from the heat!! He pretty much melts my heart always. ❤️ #redbarnhomes #fliporflopatlanta #kenandanita #hgtv

In addition to work flexibility, Anita and Ken also credit their strong, 17-year marriage with keeping their family close. Ken said, according to ET Online:

... We take our marriage very seriously. We're very intentional about keeping a healthy marriage and staying close to each other and having a really tight-knit family. I don't believe that the show is going to change that.

Although it remains to be seen how Anita and Ken's show now will fare in the ratings, it's obvious they'll continue to be great parents and partners no matter what happens. A flexible work schedule is a gift for parents, and there's no question Anita and Ken realize how lucky they are to have this option.