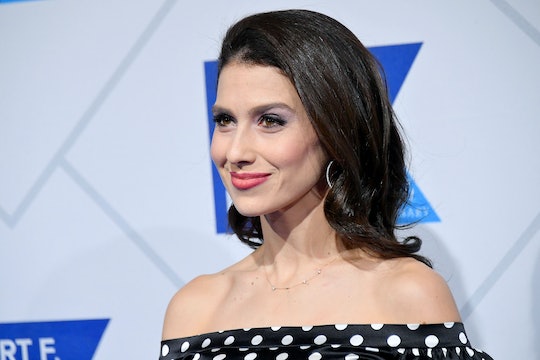 Looking around on Instagram right after Christmas, I wondered if Hilaria Baldwin had been spying on my family on Christmas Day. Because Baldwin's quest to get one decent family photo at the holidays, which she hilariously posted about on Dec. 25, is just so entirely relatable, it could have been my family in that same spot.

I mean, it was as if Baldwin was reading my mind. I asked more than one relative to help in the endless, often fruitless quest, to get an entire family of multiple children to smile and look in one direction at the same time on a special day. There have been whole Christmases where it just did not happen, but this holiday, I doubled-down on my determination to at least get multiple snapshot options. The photographic results over here were mixed, but a couple shots should be usable, with a little doctoring up.

Over at the Baldwin house, meanwhile, it looks like much the same scenario was playing itself out in front of the Christmas tree. While actor dad Alec smiles (a bit wearily) at the camera while holding 5-year-old daughter Carmen and 2-year-old son Leonardo, author/yoga teacher and podcaster Hilaria holds 3-year-old Rafael and baby Romeo (who is one of the clan's few smilers in the moment).

"Merry Christmas from us 💚🎄❤️!" Baldwin captioned the pic. "Out of the 116 photos I insisted we take, this is the only one that’s somewhat ok 😂. Guess what mama has already asked for Christmas next year??? Just 1 family photo where EVERYONE IS LOOKING AND SMILING 😩😭"

I'm not the only one who felt Baldwin's pain, either.

"This is real life!! Love it!!" wrote one fan, while another added, "It’s the imperfect shots that you will treasure most." A third chimed in: "You know how difficult to make such a foto."

Baldwin is clearly into the holidays, as she has been documenting everything from Christmas Eve to a Santa visit, with kids looking alternately happy and stone-faced.

Last year, Baldwin also documented her... challenging... experience trying to produce and preserve perfect holiday memories. In that shot, a then-pregnant Baldwin holds one crying kid, while Alec holds another and Santa looks amused. At least big sister Carmen looked like she was having fun, sitting by herself near the big guy.

It really reminds you that, while, sure the Baldwins may have more resources than the average family, they go through the same things as far as the "image" you have in your mind about family life, and the loud, chaotic reality. Not to mention the desire you have to make sure that those family moments and memories are captured for posterity — even if it doesn't always work out exactly as planned.

Baldwin, who earlier in the year chatted with Romper about how she juggles it all, is always funny and honest about the topsy-turvy life of a parent.

She's posted about enduring epic toddler meltdowns and told People "it's possible" she will have a fifth child in order to give Carmen a little sister. But hey, if that happens, all bets are off about ever getting that "perfect" family portrait.