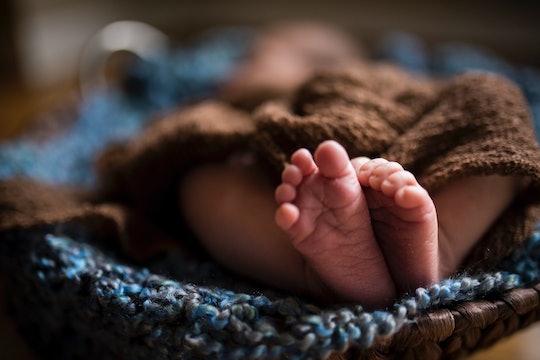 Months after reports of inclined-sleeper related infant fatalities spurred authorities and companies to issue a series of product recalls, lawmakers in Congress have passed a bill banning inclined infant sleepers and crib bumpers. The Safe Sleep For Babies Act passed the House of Representatives on Tuesday and, if fully passed into law, would bar the sale or distribution of inclined sleepers in the United States.

"As a father and grandfather, I understand that a child's safety is the most important thing to a new parent," California Rep. Tony Cárdenas, who introduced The Safe Sleep For Babies Act back in June, said in a statement released by his office Tuesday. "Parents deserve the peace of mind that comes with knowing that the baby products they purchase are safe."

Under The Safe Sleep For Babies Act, "the manufacture for sale, offer for sale, distribution in commerce, or importation into the United States of any inclined sleeper for infants" would be prohibited. Any attempts to sell, distribute, or import such devices would, according to the bill, be considered a violation of the Consumer Product Safety Act. Since its introduction, the bill has been widely praised by the American Academy of Pediatrics (AAP), the non-profit Kids in Danger, the Consumer Federation of America, as well as Consumer Reports.

Earlier this year, a number of product recalls and infant deaths led the AAP to officially say it "does not recommend inclined sleep products." But the AAP not the only ones to warn parents against using such products.

The U.S. Consumer Product Safety Commission (CPSC) proposed a ban on infant sleepers in October following a study that found more than 70 infant deaths had been linked to inclined sleeper products from January 2005 to June 2019. If approved that ban would outlaw any sleeper that had a recline angle of more than 10 degrees, resulting in most, if not all, models of inclined sleepers disappearing from store shelves. Already, retailers like Amazon and eBay have pulled the products from their online stores, according to Consumer Reports.

While lawmakers in the House have passed The Safe Sleep For Babies Act, the bill still needs to clear the Senate before it can become law. A companion bill to Cárdenas' legislation was introduced in the Senate in June by Sen. Richard Blumenthal, although a vote has not been announced.

More Like This
13 Is "Too Early" For Kids To Be On Social Media, Surgeon General Cautions
Michigan Right-Wing Group Wants To Erase LGBTQ+ Sex Ed
Teacher Shot By 6-Year-Old Student Told School He Had A Gun, Was Told To "Wait"
Florida Teachers With “Unvetted” Classroom Books Could Face Felony Charges
What Parents Are Talking About — Delivered Straight To Your Inbox