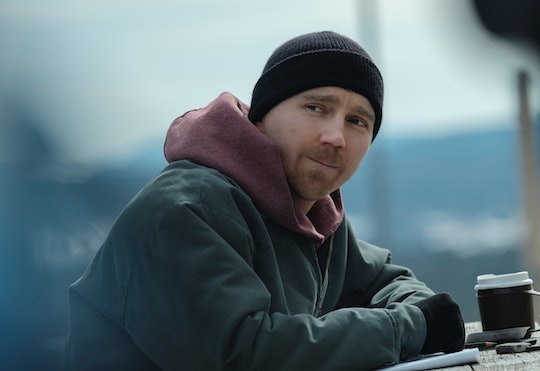 In 2015, two inmates from Clinton Correctional Facility in Dannemora, New York, Richard Matt and David Sweat, pulled off the escape of the decade when they literally tunneled their way out of the prison. They were both later caught and while Matt was shot and killed by a customs agent, Sweat is still alive. After watching Showtime’s Escape at Dannemora, however, you’re going to be asking, how did David Sweat get caught in real life? Escape at Dannemora reads like a movie of the week — or a much darker, male version of Orange is the New Black. But since it’s based on true events and Sweat is the lone survivor out of the pair, you have to wonder how it all went down.

Both convicted murderers escaped through a tunnel they dug with smuggled tools thanks to the help of two willing prison employees. And 22 very long days later, it was over. Police officials had reason to believe that the escapees would make a run for the Canadian border to secure their freedom outside of the United States, so they set up a perimeter to keep a close eye on the area where they believed the men might go to hide and wait it out. Matt was found near a cabin 20 miles south of the Canadian border and was shot and killed by a Customs and Border Protection SWAT team when he didn't comply with orders to lower his own weapon.

Two days later, police found Sweat walking through a field near a country road less than two miles from the Canadian border, unarmed, and a chase ensued. He was eventually shot twice in his torso. Unlike Matt, Sweat lived to tell his very Shawshank Redemption-esqe story. Only with more jail time added and less charming fellow inmates.

It’s almost poetic that Sweat was so close to the border and his perceived freedom, but you have to assume that in the event that he made it to the border, he would have been caught anyway. At the time, New York State Police stood by their decision to fire at an unarmed Sweat since he was considered to be dangerous and had run when he was ordered to stop. The two gunshot wounds to his abdomen severely wounded him, but he miraculously survived. He was ordered to pay $80,000 in restitution and had more years added to the life sentence he’d already been given for his original murder charge.

Chelsia Rose Marcius, author of, Wild Escape: The Prison Break from Dannemora and the Manhunt that Captured America, spoke to Sweat after his capture and he allegedly told her that he had no regrets about how it all went down and felt justified in escaping. According to the author and her interviews with the former fugitive, he allegedly said that he’d already served enough time in prison for his crime of murdering a police officer and deserved to be out, despite serving 12 years of the life prison sentence he was given.

As viewers have seen on Showtime's Escape at Dannemora, Sweat had a potentially romantic relationship with prison employee Joyce Mitchell, which helped in making the escape plan work. He later told authorities that the plan was to escape to Mexico rather than head north, but that plan backfired when Mitchell apparently failed to show up with the getaway car.