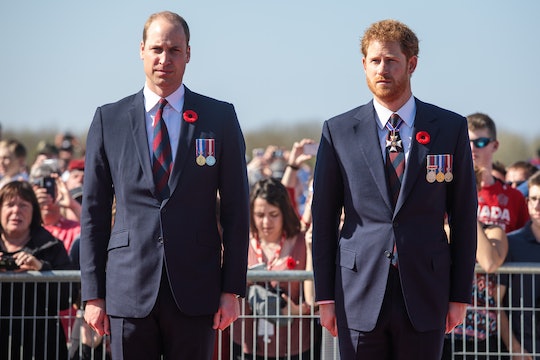 It’s been almost 20 years since Princess Diana was a prominent fixture in British politics and even now, she’s remembered as an important historical figure. But with the anniversary of her death approaching, how did Princess Diana die? Diana, Our Mother premieres on HBO on July 24 and documents Princess Diana’s life through the eyes of her sons Prince Harry and Prince William.

On August 31, 1997, Princess Diana died in a car accident in Paris while traveling through the Pont de l'Alma tunnel. She was riding in a car with friend Dodi al-Fayed and chauffeur Henri Paul, who courts later found "negligent in Princess Diana's death". But more than 10 years after the accident, another court ruled that the car accident was the result of both Paul’s drinking and the paparazzi allegedly chasing them through the tunnel, causing a traffic collision that ended both Princess Diana’s and al-Fayed’s lives.

During her life, Princess Diana dedicated her time to countless charities and even after her death, her charitable contributions live through her sons with their own organization, The Royal Foundation, where their goal is to bring aid to those in need all over the world. Although Princess Diana is gone, it’s clear that she was able to instill her own values and passions in her sons before she died.

Today, the Princess Diana Memorial Garden stands at Kensington Palace, containing a playground and fountain in honor of the late princess. There’s even The Diana Princess of Wales Memorial Walk which is a seven mile long trail that passes by both Kensington Palace and Buckingham Palace.

Diana, Our Mother delves deep into her life while hearing from Prince William and Prince Harry firsthand about the mother they knew as children. "This is the first time that the two of us have spoken about her as a mother," Prince Harry says in the trailer for the HBO documentary. "She was our mom, she’s still our mom, and of course as her son, I would say that she’s the best mom in the world." Princess Diana’s death was one felt around the world and clearly, she left behind a strong legacy.