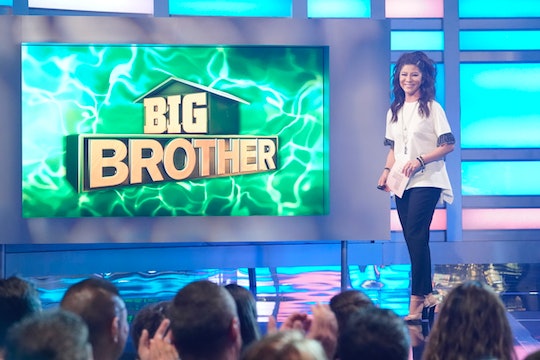 When Thursday’s live eviction episode of Big Brother airs, the houseguests will suddenly be narrowed down from seven to the final five of the season. This means we will be that much closer to the end and to seeing which houseguest walks away with the coveted $500,000 prize. Before that happens, however, there is going to be a double eviction. Right now, it could change the entire course of the game. But new fans might be wondering how a double eviction works on Big Brother and it’s not unlike that of a standard eviction. Except with a double eviction, everything is sped up in order to fit a week’s worth of competitions and game play into one episode.

In a typical double eviction episode of Big Brother, right after a houseguest who was already nominated by the previous Head of Household is voted out, the remaining houseguests learn that up next, they will face a live double eviction. A new HOH is crowned soon after in the same episode and he or she has just a few minutes to name their nominees.

Then, a Veto competition is played and a Veto ceremony takes place. After that, the houseguests vote another player out of the game. So by the end of Thursday’s episode, two players will be in jury and the remaining five houseguests will continue on for their chance at the grand prize money.

Right now, it looks like Jessica is going to the jury house. She is Michie’s main target and he likely has the numbers to keep Christie in the game instead of Jessica. I don't understand why Michie’s target is suddenly someone who doesn't threaten his game as much as Christie does, but this is Big Brother and alliances shift way too fast for me to understand most players’ motives half the time.

As long as Jessica is indeed sent packing at the top of Thursday’s episode, that leaves Michie, Holly, Cliff, Nicole, Tommy, and Christie left in the game. Depending on who the next HOH is, who will then have to have a lightning fast reign, the house could be turned upside down.

Cliff, Holly, Michie, and Nicole have a final four agreement right now. So if Jessica leaves after the first live eviction and one of those four win the quick HOH competition, they will likely put Christie and Tommy on the block.

If Tommy or Christie win HOH, however, they could target Michie. If they actually get him out of the house, it completely collapses the original final four plan and puts Christie and Tommy as a duo in a better position than they would be if Michie stays.

A Big Brother double eviction episode always includes a fast-paced version of what viewers watch on the show during the week. With the way the power and alliances sit in the house right now, this particular double eviction could change everything.

The timing for a double eviction varies from season to season. It’s an event most fans anticipate, and over the past few seasons of Big Brother, double evictions have landed as early as day 49 or, as with this season, around day 75. When double evictions are this late in the season, it means alliances can be shattered and houseguests can be forced to work with people they might not like to ensure their final four spots. There is a lot riding on this double eviction in particular and it could change everyone’s game.

Big Brother airs on Sundays at 8 p.m. ET and Wednesdays and Thursdays at 9 p.m. ET on CBS.