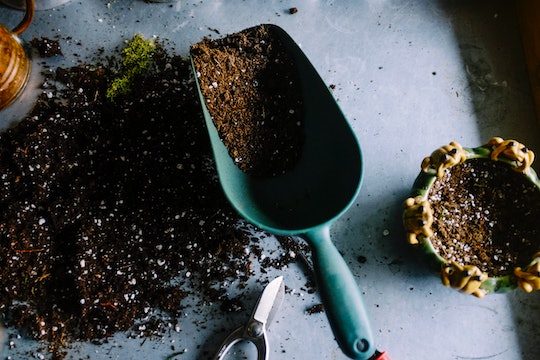 How Does Listeria Get Into Frozen Vegetables? It Can Usually Be Traced Back To Animals

The recent and growing list of recalled food products due to a listeria scare has certainly been a cause for concern. The FDA, and a number of food manufacturing companies and retailers, have recalled a long list of products that are potentially contaminated with listeria monocytogenes, a bacteria that causes listeria, a serious food-borne illness. Frozen vegetables have been one of the main products affected by the recalls. CRF Food Products, a frozen vegetable supplier used by retailers like Trader Joe's and Whole Foods Market, recalled all of its frozen organic and traditional fruit and vegetable products earlier this month. But how does listeria get into frozen vegetables in the first place? It's a bacteria that works differently from most other bacteria.

The bacteria can then get into food processing factories and live there for a number of years, according to the CDC. In an interview with NPR, Michael Doyle, a professor of food microbiology and director of the Center for Food Safety at the University of Georgia, noted that he believes "resident" listeria (meaning listeria was established in a food processing facility and lived there for a number of years) is responsible for the recent outbreak.

Such was the case for CRF Food Products, which found listeria monocytogenes in its facility located in Washington. The manufacturer recalled its frozen food products that were processed dating back to May 1, 2014.

The FDA pointed to a few tips for how to properly cool your refrigerator, to reduce the risk of listeria:

Keep your refrigerator at 40 degrees F or lower and the freezer at 0 degrees or lower.

Wrap or cover foods with a sheet of plastic wrap or foil or put foods in plastic bags or clean covered containers before you place them in the refrigerator. Make certain foods do not leak juices onto other foods.

Use precooked and ready-to-eat foods as soon as you can. The longer they are stored in the refrigerator, the more chance Listeria has to grow.

It's important to remain informed on the list of products affected by listeria (that unfortunately continues to expand) and the symptoms and risks associated with the illness. For more information on listeria visit the CDC's site here.