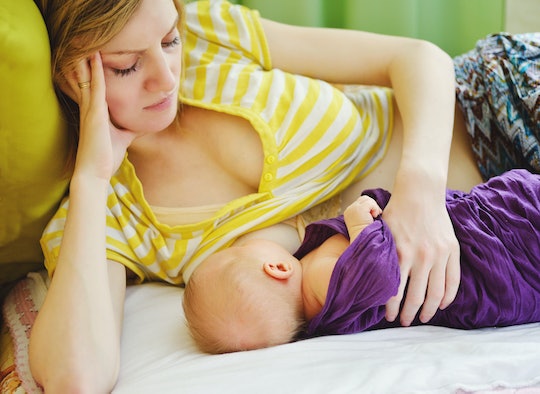 How Does Zika Affect Your Breast Milk?

As the world continues to learn more about the Zika virus, more concerns seem to be popping up, especially for mothers. New guidelines are being written all the time, like those advising pregnant women to use insect repellant when it was once considered unsafe, all to protect unborn children from contracting Zika. But if you're a mother and have Zika, you might be concerned about other ways you're exposing your child to the virus, like wondering how Zika affects your breast milk.

Your fears are totally warranted, especially as the Centers for Disease Control and Prevention have found Zika to be scarier than they originally anticipated. The virus seems to be constantly changing and mutating, giving scientists quite the work load when it comes to stopping it and pinning down its exact dangers.

Fortunately, when it comes to breast milk and Zika, researchers are hopeful. According to the World Health Organization, although the virus has been found in the breast milk of mothers with confirmed Zika infections, there is no evidence that the virus can be transmitted from your milk to your baby.

The CDC also backs up this claim, noting that attempts to culture the virus found in an infected mother's breast milk have been unsuccessful. Both WHO and the CDC recommend continuing to breastfeed, even if you have the Zika virus, as the benefits of breast milk outweigh any potential risk of your child becoming infected.

In a two page guide on breastfeeding and Zika, WHO does note that there is no information on the amount of Zika virus found in breast milk, nor do they know if a mother healed from Zika can pass those antibodies on to her own child through her breast milk. But the guide is adamant about continuing to breastfeed in light of this evidence, as well as stating that in countries with an ongoing Zika transmission, there have been no reports of diseases contracted postnatally by infants.