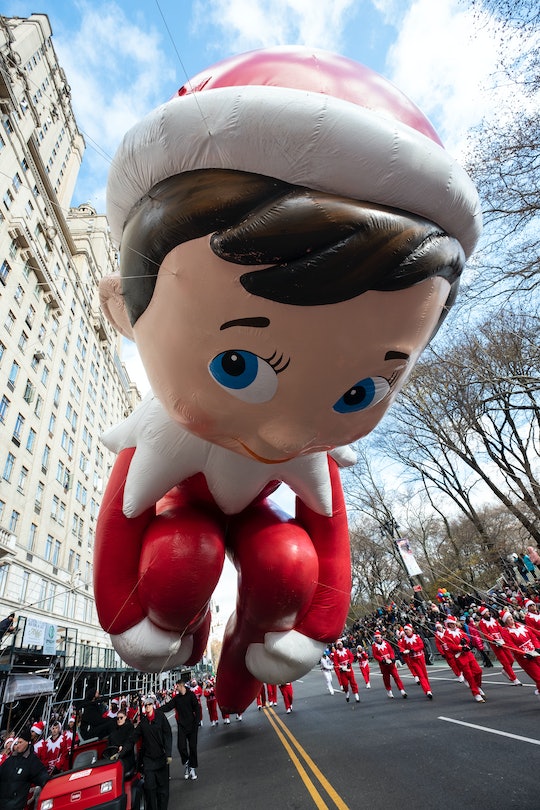 Here's How Elf On The Shelf Affects Your Kid's Brain, Experts Say

He may appear like nothing more than a puckish, red jumpsuit-clad sprite, but how does Elf on the Shelf affect your child’s brain?

To some experts, Elf on the Shelf is “a steroid shot for the Santa Lie," as David Kyle Johnson Ph.D., a professor at King’s College (PA) and member of what we’re calling the "Anti-Elf camp," wrote for Psychology Today. Strong words. Is Elf on the Shelf really all that bad?

For starters, let’s unpack the Elf of said Shelf. Based on a 2005 children’s book from mother-daughter duo Carol Aebersold and Chanda Bell, and illustrated by Coë Steinwart, the Elf is basically Santa’s spy. Elf (each family “adopts” one and gets to name it for themselves) keeps a watch on kids and reports back to old Saint Nick about whether they’ve been “naughty or nice.” Naturally, the wildly successful book gave birth to a corresponding Elf toy which parents move around the house overnight, with Elf popping up in different locations each day to keep an eye on children. Kids can talk to their Elf but they must never touch him or else he’ll disappear forever, according to the book.

Bottom line: Elf is a great tool to keep kids in check during the lead up to Christmas. But is it healthy?

Dr. Jacqueline Woolley, a psychology professor at The University of Texas at Austin, says parents need to consider that trying to get kids to behave by giving them rewards (the promise of presents in this scenario) is not the most effective way to inspire long-term good behavior. “It’s much more effective to motivate them to behave because it’s a good, kind thing to do,” she tells Romper.

Woolley says that there’s no way to get around the fact that telling your child an elf is watching them is, well, a lie. “I think most parents want to keep lying to a minimum,” she adds. And in a season when you’re encouraging good behavior, like, you know, not lying, this could sends mixed signals to a child. Sure, Santa falls under the fib category as well, but Woolley gives that a pass as Santa is a centuries-old tradition and “traditions are important for forming cultural bonds within a family.”

“I think the Santa myth is a richer story and giving is part of it,” says Woolley. “There are many players and magical seeming events. It’s a world in which you can involve your child in.” Elf on the Shelf, she contends, is different. “Elf on the Shelf is more narrow. It’s not a part of cultural history and has a very singular focus.” Could that change with say, a hundred years of Elf on the Shelf use? Sure. But for now, not so much. Suffice it to say, adding in the Elf story during the holiday season, is, according to Woolley, doubling down on the dishonesty. “Why add more ethical concern at Christmas time?” she says.

Then there's the other sticky subject: Is Elf on the Shelf a form of bribery? Those who say "yes" must wrestle with those parenting implications and how bribes affects kids brains, a topic Laura Markham Ph.D. has also written about for Psychology Today.

“When children get used to constant rewards for doing what we ask, we're training them that the reason to do what we ask is because they'll ‘get’ something,” wrote Markham. “If you offer your child a 'reward' for stopping 'bad' behavior, you're actually training him to misbehave in order to get future rewards.” Which raises the next question: Could you be encouraging misbehavior after the holidays are over when Elf returns to the attic? Perhaps.

But on the other side, some argue that offering a child an incentives can be a very effective and positive parenting tool.

“There are lots of things we ‘should’ do that we're more likely to do if we see that there's something in it for us,” Markham writes. By offering the reward before the misbehavior a parent can avoid training a child to act out to earn the reward.

Education and parenting expert and author Alfie Kohn might agree. In his 1993 book, Punished by Rewards, Kohn argued that both punishment and reward are “ways of manipulating behavior that destroy the potential for real learning.” Kohn told Educational Leadership in a 1995 interview that “none of us enjoys having the very things we desire used as levers to control our behavior.”

So how can you deploy your spy Elf in a manner that doesn’t manipulate your child’s brain? Woolley suggests parents upend the Elf as Santa's secret agent story entirely. "Personally, if I had kids right now, I either wouldn’t do it or I would present it in a completely different way," says Woolley. "I'd make it a fun game for them to play or maybe even involve them in it somehow. I'd shy away from using something that to me seems primarily used to regulate children’s behavior in a deceptive way."

Or, take a cue from Markham, and ditch bribery, be it with Elf on the Shelf or any other activity, altogether. “Dispense with the bribes, and substitute some giggly roughhousing every day for a week,” Markham wrote. “I predict that your child will feel so motivated by her deepened connection to you that her requests for bribes will just melt away. Because the reward your child really wants is you.”

Dr. Jacqueline Woolley, psychology professor at The University of Texas at Austin

More Like This
The Best Halloween Family Pajamas To Match Your Boos
14 Top Gun Costumes For The Whole Family To Buy Or DIY
These 2022 Halloween Squishmallows Are So Cute, It’s Scary
Hocus Pocus Party Inspiration To Put A Spell On Your Guests