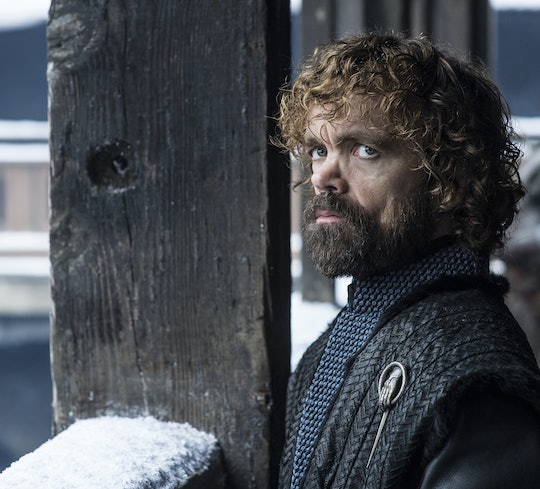 'Game Of Thrones' Cleaned Up Nicely At The Emmys

Game of Thrones ended in 2019, but any fan who followed the HBO drama from the beginning knew it wasn't about to go out without a fight. In addition to landing the Emmy for Outstanding Drama Series, the show took home a handful of important awards that prove it really was as monumental as its dedicated fanbase claimed it was. But how many Emmys did Game of Thrones win in all?

The Emmys doesn't typically air every award given out each year, since the more technical awards might be less important to fans. But if you're including the awards which weren't even given out on the Emmys Sunday night, Game of Thrones walked away with 11 Emmys all together. The most important, of course, being the Emmy for Outstanding Drama Series. And honestly, it could have gone either way with that one. In the past, Game of Thrones lost out to other shows because of the stiff competition in drama these days.

So I don't know if it was because the final season was so monumental or because the Academy chose to ignore all of the butthurt fans who didn't love the final episode. But Game of Thrones proved its worth one last time at the Emmys Sunday night.

Maybe that last one had something to do with the unforgettable Night King makeup which forever haunt my dreams. Either way, Game of Thrones deserves to go out the way it did, even if it's hard to believe the epic HBO drama is officially gone.

Although Game of Thrones won 11 Emmys, which is a feat in itself, the show had 32 nominations total. Game of Thrones was nominated for an Emmy every season it was on the air, so it only made sense for it to go out in a similar fashion.

Game of Thrones' final season saw plenty of criticisms, ranging from issues with the timing of the season to the script itself. In the end, however, most fans can agree that overall, Game of Thrones was an epic series on HBO and it clearly had its moments in its final season.

Game of Thrones' final season did what a lot of shows struggle to do. It brought an end to all of the major storylines and even managed to keep most of the fan favorites alive, despite its reputation for killing off those who are the most loved. Yes, I remember the Starbucks cup and water bottle and I was shaking my head with embarrassment along with the rest of the show's fans in those final episodes. But Game of Thrones' Emmy wins show how far the series has come and how impressive the final season still was.