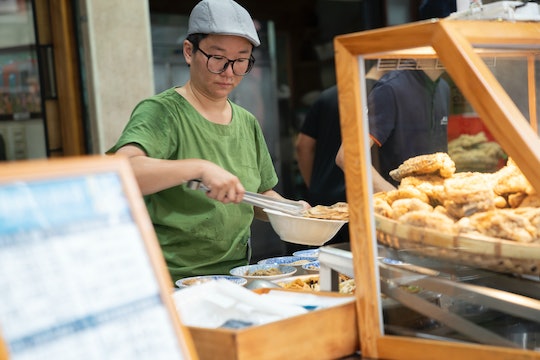 By now, Netflix has dipped its toes into pretty much every TV genre there is with Netflix Originals, and now, more than ever, that includes food. Netflix already featured cooking shows for both the inexperienced and more seasoned cooks (no pun intended), but now Street Food explores different roadside cuisine from around the world, specifically Asian countries, for its first season. But how many episodes are there of Street Food? The Netflix series probably isn’t one to watch if you are hungry, because all of the different authentic Asian foods are sure to make your stomach rumble, and something tells me your local mall food court isn't going to compare.

The first season features nine different countries in nine episodes, including India, Indonesia, Japan, South Korea, the Philippines, Singapore, Taiwan, Thailand, and Vietnam. Each country gets an episode to showcase experienced cooks with little to no formal training who have made a life and career out of cooking street food in their home country. As the trailer explains, street food is a culture in its own way and regardless of the country people live in or travel to, they seem to seek out easy to grab food that they can eat and enjoy outside. Street Food focuses on that culture while also exploring the food cultures of the handful of countries in nine episodes when they drop on Netflix on April 26.

The show will probably make you want to renew that passport ASAP so you can travel to one of these nine countries and get your fill of the street food featured in each episode. But the show also focuses on the people who have spent their entire lives making this food, some of whom struggled at first to feed themselves while trying to keep their businesses open to feed customers.

"In a city of 10 million people, I was one [of a] million [to] make a living by selling on the street," one chef explains in the trailer for Street Food. "It takes a lot of strength and a lot of sacrifice."

Other chefs and street food business owners explain in the trailer that they had no choice but to succeed for their families. It seems like not only a hunger-inducing food show, but also one that will be heartwarming as it teaches viewers about the rich cultures behind the food.

The official subtitle for the first season of Street Food is Asia, so my guess is that Netflix plans to roll out more seasons, each with a focus on a different part of the world. The inspiration for the series is clear since there is so much street food to be enjoyed in all of these Asian countries, but it can also be considered a spin-off of Netflix’s food docuseries Chef’s Table. Brian McGinn, who is an executive producer for Chef’s Table and now for Street Food, tweeted about the new series last month and said how excited he was for viewers to follow these new kinds of stories from different chefs.

Street Food might be unique in its format, but it definitely isn't the first Netflix food series to gain some major attention. It joins the ranks of Salt, Fat, Acid, Heat, The Final Table, The Great British Baking Show, and Nailed It!, among many others. There’s no word yet on when Street Food Season 2 will premiere, but the plan seems to be for the series to showcase different cuisines from all around the world each season. I can't promise that you won't leave each episode hungry for whatever Asian cuisine was showcased, but it looks like a fun and educational journey through different cultures and foods.

More Like This
Molly Yeh Draws The Line At Hot Pockets
The FDA Is Worried People Are Cooking Chicken In NyQuil
Eden Grinshpan On Getting Your Kids To Love Fish Eyeballs (Yes, Really!)
The Best Apple Orchards Near Upstate New York