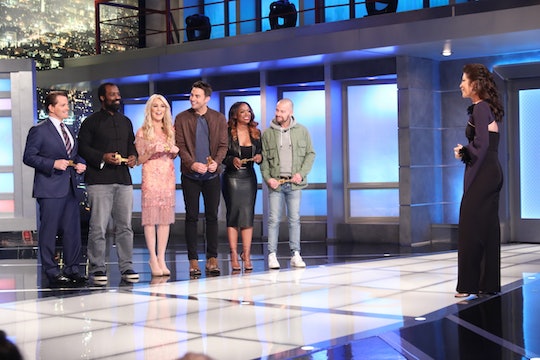 Unlike other reality shows, Celebrity Big Brother doesn't follow a set schedule or the same schedule every season. Instead, it relies on when the network can fit it in and Season 2 might be hard to keep track of if you don't have the schedule written down somewhere. I’m serious. This isn't just for those who are obsessed with keeping score with reality competition shows.

Throughout the four-week season, Celebrity Big Brother airs on every day of the week, but it’s not consistent from one week to the next. Like I said, it’s hard to follow if you don't have it memorized or written down. At least with 13 fast-paced episodes, you can be sure that there will likely be no filler or clip show episodes this season.

It probably won't be easy to remember when Celebrity Big Brother Season 2 is on unless you jot this down, screenshot it, or make flash cards. However you plan to remember the schedule over the remaining 12 episodes is up to you. To make it easy on you, the schedule for the rest of the season is as follows:

As past seasons of Celebrity Big Brother and the standard Big Brother original recipe will show you, each episode is more exciting than the last. This season has already had the first head of household competition and the first big twist of the season with the two leftover houseguests being given unexpected immunity. And that was all in one episode. Still ahead is the second part of the HoH competition, first veto competition of the season, and elimination ceremony. It’s understandable that Celebrity Big Brother needs to span at least two episodes per week to get through it all.

The best part of the season is going to be how all of the houseguests get along. As of right now, there are no solid alliances or final two deals, but that could change very soon. Kandi and Tamar, who were partners in the first HoH competition, didn't work so well together, which could mean they become fast frenemies before allies. This could pit them against each other behind the other’s back and lead to tons of Big Brother confusion.

Then you have the actual winners of the competition, Ryan and Jonathan. They worked well together, but their newfound friendship might be short-lived as they’re pitted against each other in the second part of the HoH competition Tuesday night. As Julie Chen Moonves says, expect the unexpected. There are 12 episodes left to watch alliances unfold, unravel, and eventually lead to the winner of Celebrity Big Brother Season 2.