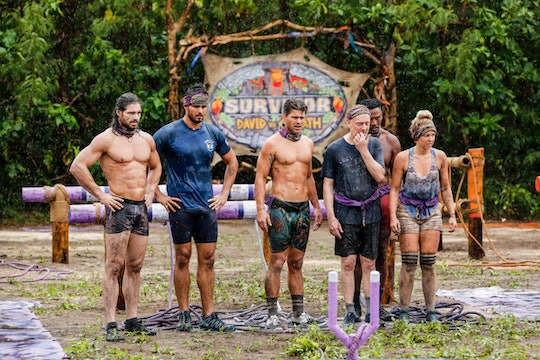 'Survivor 37' Is A Season Of Biblical Proportions

Survivor 37: David vs. Goliath premiered in September, but it’s already off to an intense start. The teams are set and challenges are already underway, but fans are probably wondering, how many episodes is Survivor Season 37? It’s never too early to plan for the end of the season or to at least prepare for each episode, depending on who’s on your short list of potential Survivor winners. Although there hasn't been an exact episode count announced for this season, the majority of past seasons of Survivor have had 14 episodes. So there’s no reason to think that Season 37 won't follow the same pattern.

If this season follows the 14 episode pattern, then the Survivor Season 37 finale reunion special will likely air on December 19, since it seems to be on the same schedule as Season 36. As explained in the season premiere, the premise this season is David vs. Goliath, or those are perceived as underdogs versus overachievers in their career fields. And right from the start, it was clear that there was going to be a strong "us against them" mentality between the teams. Though I’m pretty sure that was the whole point.

In the first episode, host Jeff Probst tasked the Goliath team with choosing the weakest man and woman from the David tribe and the strongest man and woman of their own tribe to battle it out in the first immunity challenge. Things were off to a competitive start and the season is bound to continue in the same way.

There’s only been one official elimination and already, there are blindsides and betrayals. Jessica Peet from the David tribe was the first contestant voted out this season and, as these things often go, it was a total surprise to her. She told EW Morning Live that she fully expected fellow tribe member Lyrsa Torres to be voted out instead.

"I knew that the plan had been to get Lyrsa out for such a long time that it was obvious to me that’s the way the votes were going," she said. "I never would have thought that my name would have come up at all. It didn’t make sense to me why they would want to keep Lyrsa over me. So I was a little confident in that." Peet almost stayed on the island with a vote of 5-4, but the votes were against her in the end.

Probst told The Hollywood Reporter that the idea behind Survivor Season 37’s theme came from a a contestant that was cast this season and his past struggles both financially and within his family. "That guy, to me, when we met him, I left and thought, 'We need to base a season around that guy,'" Probst said. "What is that guy?" He said that as casting got underway, he realized the contestant was a David and Probst and the producers began fitting each new cast member into each tribe.

It’s still too soon to tell if a David or a Goliath will come out on top this season. But since it’s still so early and there are probably 12 more episodes left, it’s anyone’s game at this point.