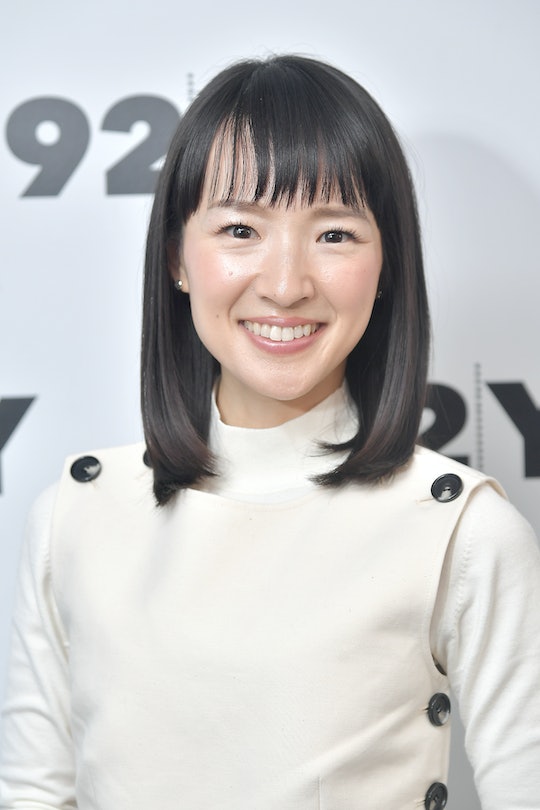 Turns Out, You Can Make A Pretty Penny As A KonMari Consultant

Marie Kondo took her love of tidying up and turned it into her own empire. With two best-selling books and a hit Netflix show under her belt, Kondo's obviously doing pretty well for herself. But what about the devoted fans so inspired by her methods that they've made careers out of it, too? Turns out, KonMari consultants are paid well for their expertise.

Karin Socci, an NYC-based consultant, earns around $100 an hour. She lays out the full details of her packages and pricing on her website so that clients know what kind of investment they're making upfront. As the first person to achieve Master consultant status, according to Socci, her services are in high demand. "On a super, super busy week I might have 10 clients, two a day," she says. She has some clients she only works with for a lesson or two before they're confident enough to go forward by themselves, others who have paid for lessons on a regular basis for months at a time. She says between four and eight sessions is more the average, however.

Though consultants pay an annual fee to Marie Kondo's company to stay certified, they're otherwise independent. Quartz noted that KonMari consultants don't have to give a cut of their income to the company, and they also have the freedom to set their own rates. Many of those listed on the KonMari consultant page detail their pricing plans on their own websites. Unsurprisingly, those in major cities generally charge higher prices, as do those with more experience. Of the many consultant pages I perused, $40 per hour was the lowest hourly rate I came across, while $140 or so was the most expensive. If you put in a 40 work week at $40 per hour, you could make over $80,000 a year. At $140 per hour, you could make more than $290,000 per year.

If those numbers have you thinking about switching careers, keep in mind that it's by no means an easy job — just think about how exhausting it was the last time you cleaned out your closet or folded a mountain of laundry. Plus, becoming a KonMari consultant is a pretty intense process. There's a training session, practice lessons, even a final exam. You also need to show proof that you've successfully used the teachings in your own home. The training itself costs over $2,000, and with the method becoming so popular, scoring a spot is becoming increasingly difficult — Vox reported that both of this year's upcoming KonMari training sessions completely sold out well in advance. And if you've tuned in to Netflix's Tidying Up With Marie Kondo, you know that the process of purging can be emotionally taxing, so tidying experts may find themselves having to play the role of therapist, as this VICE video revealed.

If you consider yourself a people person, are patient, love organizing, and agree with Kondo's teachings, perhaps KonMari consulting is the right line of work for you.

More Like This
Christmas Wreath Inspo For Your Home’s Festive Decor
Experts Don’t Want You To Leave Your Fake Tree Plugged In
Is The Shark AI Ultra Robot Vacuum Worth The Price Tag?
Pinterest Predicts Their Top 2023 Trends In Parenting, Beauty, Fashion, Home, & More