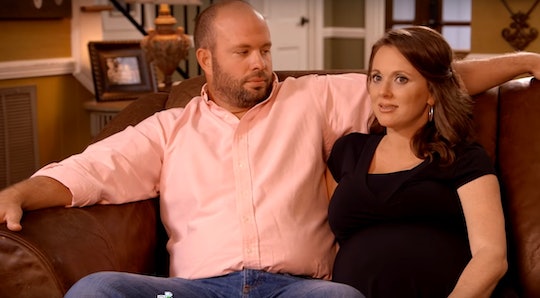 Whether you’ve never been pregnant or you’re working on potty training for the fourth time, it’s hard to imagine what it would be like to carry sextuplets and then give birth to them. The Waldrops on TLC’s Sweet Home Sextuplets show exactly what it’s like and all of the challenges and dirty diapers that come along with raising a half dozen babies and three school-aged kids at once. But it makes you wonder, how old is Courtney Waldrop? Anyone who discovers they are pregnant with such a large amount of babies assumes some risk during the pregnancy, and it's made even worse if you’re a little older.

Although it’s hard to say Courtney’s exact age, she was 36 years old in October 2018, according to Us Weekly. She has been with husband Eric Waldrop since the eighth grade and they’ve been married for 15 years, so it makes sense that her age falls in the mid-30s.

The Sweet Home Sextuplets mom already had three boys with Eric and was an elementary school teacher for 13 years before the babies came, so she has been around kids for almost her entire life. But nothing prepared her for raising six babies at once. Eric told reporters in a press conference following the babies’ births that the day he and Courtney found out they were pregnant with sextuplets was difficult for them because of all the risks associated with such pregnancies.

"We went home and had a few weeks of talking about it, and most importantly we prayed to God, what His will in this was," Eric explained at the time. "God made it very clear that He presented us with this for a reason that he was going to take care of us. And He surely has."

According to AmericanPregnancy.org, complications related to women pregnant with multiples include preterm labor, low birth weight, and pre-eclampsia in the mother. March Of Dimes says that women over the age of 35 who get pregnant run the risk of giving birth early, developing gestational diabetes, or having pre-eclampsia. So there were a few things working against Courtney during her pregnancy on Sweet Home Sextuplets. There’s also a greater chance of multiples in pregnancies with women over 35 years old because they’re more likely than younger women to release multiple eggs at one time.

Luckily, Courtney was able to deliver all six babies and, as seen on Sweet Home Sextuplets, the whole family adjusted well to the new additions. The series also showed Courtney delivering the babies by C-section at 30 weeks and how worried she was over their health at being born so prematurely. But they seem to be developing like any other babies. In fact, Courtney told Today that the babies were already sleeping through the night at four months old. The odds of that are hard to determine, but that’s just a blessing on its own.

She also told Today that parenting in a brand new way, with six needy babies instead of just three little boys, has brought her and Eric closer together. "I know that people would just say I’m just saying this, but honestly I would say that our relationship is stronger now than ever," she said. "We have nine kids together, and he’s my rock and he gets me through. We have to be there for one another." And you really have to be when you’re outnumbered by that many.

The pair are managing their way around nine children fairly well. I can't imagine five more versions of my kid running around throwing Legos and demanding more ketchup for their nuggets when there’s clearly a huge dollop on their plates already. So Courtney is basically a rock star when it comes to momming.

This article was originally published on Oct. 16, 2018