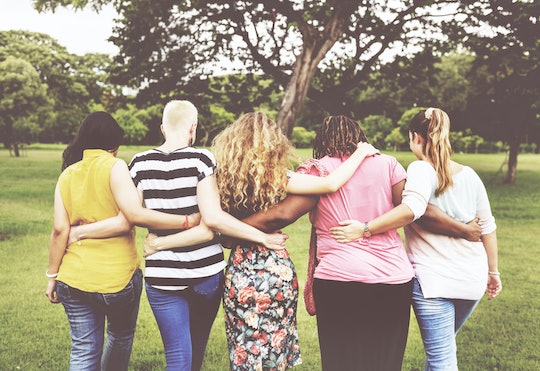 5 Ways To Model Inclusive Feminism For Your Daughter

Feminism gets a bad rap from the general population. There are those who equate feminism to man-hating, and others who believe feminism means wanting women to have more rights than men. There are also some women who don't identify as feminists because they don't see their own struggles reflected in the traditional feminist movement. But in order to truly make a difference, feminism must be inclusive. So if you are a mom, there is no better time than now to learn how to model inclusive feminism for your daughter.

I've been teaching my daughter about the importance of feminism her entire life. But admittedly, the "feminism" I referred to wasn't always intersectional. Like many, I learned about feminism through the eyes of white suffragettes and the cisgender, middle- to upper-class white women who have historically been the face of the feminist movement.

The loudest fights have been about access to abortion, equal opportunity in the workplace, and equal pay. Issues of discrimination that are exclusive to non-white, non-strait, disabled, and low-income women have been largely ignored. But today, with almost 40 percent of America's female population being women of color, and people of all races identifying as LGBTQ+, I've made it my mission to be an inclusive feminist, and set a good example for my daughter.

Here are some ways you can model inclusive feminism for your own daughters.