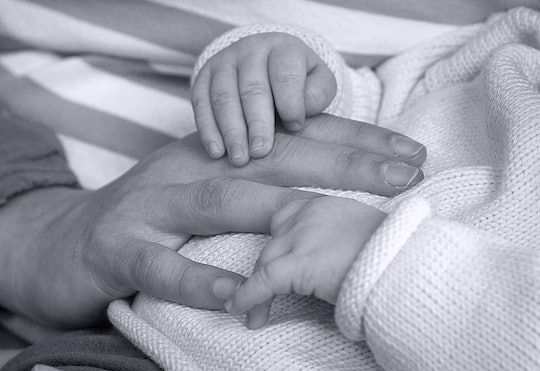 How To Prevent Newborns From Getting Zika, Because It's Not As Hard As It Sounds

Now that the threat of a Zika outbreak is pretty much imminent in most parts of the United States this summer, the Centers for Disease Control has issued updated guidelines about how to prevent newborns from getting Zika virus. Don't freak out, just yet though, new mom. It can be done.

As of right now, cases of Zika virus have only been reported in instances of travel, meaning that only those who have traveled to a country already affected by an outbreak have contracted the virus. But health officials assume that Zika mosquitoes will be able to make their way into many North American states soon, so it's a good idea to get informed before the weather warms up and the bugs start to take over.

Protecting newborns is a lot like protecting older children from getting bitten in the first place. Since Zika is spread through mosquito bites, so the first step is going about preventing bug bites to being with. In warm weather, it's hard to bundle a baby up, but clothing that covers all their tiny little parts are a good start. Using mosquito nets around strollers and bedding is another really good way to protect your infant.

Most existing bug sprays are safe for children over 3 months old, although products containing lemon eucalyptus oil shouldn't be used on children under 3, according to the CDC. If your infant is under 2 months old, netting is the best way to go. Otherwise, you can spray other repellants on skin or on clothing, just don't let them touch the bottle in case they try to drink it. As of now, there are no instances of the Zika virus being transmitted through breastmilk, though RNA of the Zika mosquito has been found in breastmilk.

Even knowing that, it's hard not to worry that your baby will be susceptible to the virus. Once bitten or transmitted, the Zika virus has an incubation period of three days to two weeks, according to the CDC. But the CDC also reports that most infants and children are usually asymptomatic or show symptoms just like adults do, which are not fatal if treated. Fever, rash, and conjunctivitis are the most common symptoms and they can persist for about two weeks. Arthralgia is another symptom of Zika and can be hard to detect with infants, but if they seem to have trouble moving limbs or are in pain in specific areas, that's another sign they might have the virus.

If you feel like your newborn is sick for no reason, you should ask your pediatrician to test them for Zika just to cover all of the bases. In fact, the CDC recommends testing for Zika if the mother has traveled to a Zika affected area and, since it's possible to transmit the virus during delivery, testing is recommended within the first two weeks.

The most important thing to remember when it comes to Zika is that it is most dangerous for pregnant women, as the virus is known to be linked to neurological disorders, including microcephaly. Although health officials still know very little about the virus, there is enough information to prevent more infections and test or monitor infants. Being a new mom is hard enough. But if you inform yourself, check the CDC for updates, and communicate with your pediatrician, your summer bundle of joy (and sleep deprivation) should be just fine.