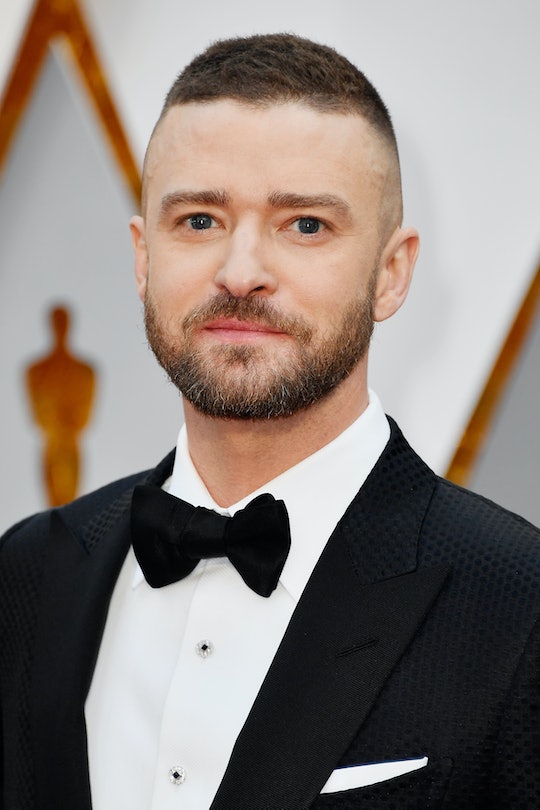 Every year, the Oscars open with a skit or a musical number that sets the tone for the rest of the night and Justin Timberlake's performance was kind of perfect for that reason, and that reason alone. But how can you rewatch Justin Timberlake's "Can't Stop The Feeling" Oscar opener? It was all kinds of adorable, so you'll definitely want to see it over and over until you're basically sick of the song. Since the 2017 Oscars will be available for streaming on the ABC website as well as the ABC app on Monday, you'll likely be able to find the clip of Timberlake's Oscar opener there as well.

But if you want to rewatch the "Can't Stop The Feeling" Oscar performance before the day after the actual awards show, you'll definitely be able to find it floating around social media. Timberlake not only voiced one of the lead characters in the Trolls movie, but was up for an Oscar for his original song for the animated movie, so it was totally appropriate for him to start off the night with the performance. It's already an infectiously upbeat song that parents actually like to listen to, as opposed to other songs their kids play ad nauseam (that we all collectively sit through because we love our kids and love the time they spend listening to said songs and leaving us alone in the process), so major props to JT for creating that for us all to enjoy.

Timberlake's "Can't Stop The Feeling" Oscar opener was performed with a stage full of excited dancers, so of course we all want to watch it again. Even if you were just about over it thanks to your 3-year-old toddler insisting on playing the Trolls soundtrack on repeat or because the song is also currently a radio station staple, Timberlake's Oscar performance likely made you love it all over again. It certainly helped that literally everyone in the audience at the 2017 Oscars was on their feet dancing and singing along with him. And if you want to rewatch his "Can't Stop The Feeling" Oscar opener, it's already on Twitter and will more than likely be on ABC.com come Monday.

Timberlake's Oscars opener might have felt semi-corny at first, but it's kind of hard to deny how upbeat and contagious the performance was (probably because the song is upbeat and contagious, despit our best efforts to despise it). You probably won't find the 2017 Oscars on YouTube or on social media in its entirety, but you'll definitely be able to find what everyone will be talking about and Timberlake's musical opener was adorable and worth a few rewatches before you try to retire the song in your home yet again.