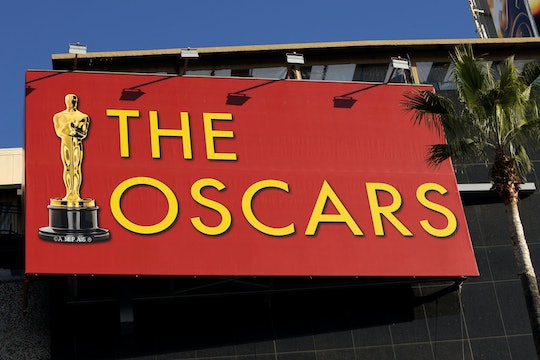 Missed The Oscars? Never Fear Because You Can Still Catch Up On The Drama

The 2019 Oscars means a night of epic speeches, fabulous gowns, and of course the Lady Gaga and Bradley Cooper duet everyone is waiting for. It's also going to be the first host-less presentation of the event in 30 years after Kevin Hart was ousted thanks to some old, homophobic tweets. If once just isn't enough, here's how to rewatch the 2019 Oscars, because there's going to be at least one moment you want to see again (and again and again).

If you have cable, get your pajamas on and tune in to ABC at 8 p.m. ET on Sunday, Feb. 24 to watch the show live. You should probably have some snacks on hand because it's going to be a long night. A cable subscription also provides you access to the ceremony via the livestream on ABC.com or the ABC app. While no one is ever starved of pre-show red carpet coverage, you can watch ABC's free pre-show called The Oscars: All Access on ABC.com. Those without cable can stream the ceremony on live stream services like Hulu, YouTube Sling TV, Direct TV or Playstation Vue.

The day after the show, cable owners can head over to ABC.com and the ABC apps to rewatch your favorite moments. Streaming services like Hulu or YouTube will allow you to watch the full ceremony again.

A Star Is Born has officially become the dark horse of the year in the acting categories, having only won for best original song at the Golden Globes. Lady Gaga and Bradley Cooper will perform their haunting hit "Shallow" but it's probably not the only performance you are going to want to catch again. All five of the best original song nominees will be performed live on the broadcast.

The other performances will be "I'll Fight" from RBG sung by Jennifer Hudson; "The Place Where Lost Things Go" from Mary Popins Returns performed by Bette Midler; an unconfirmed song from Bohemian Rhapsody from Queen and Adam Lambert; and "All The Stars" from Black Panther, performer(s) TBD.

I don't exactly watch awards shows to see who wins, but rather to hear what the winners have to say. Olivia Colman could win for her lead performance in the aptly titled The Favourite. I hope she gets to tell viewers about her night after the BAFTAs. But she has some stiff competition — likely coming from Glenn Close thanks to her performance in The Wife.

If Rami Malik wins for his lead role in Bohemian Rhapsody, as is predicted by CNN and almost everyone else and his speech celebrates inclusion like his Golden Globes speech did, my heart will definitely soar.

I'm also pulling for Lady Gaga and Shallow to win again for best original song, because — name a better way to heal from a reported break up than winning a gold-coated man statue.

Other names you might hear announced include Mahershala Ali for his supporting role in The Green Book and Regina King or Amy Adams in the best supporting actress category for their respective roles in If Beale Street Could Talk and Vice respectively. Personally, I predictThe Green Book will win best picture if previous awards this season are any indication.

The 2019 road to the Oscars has already been a drama filled one. You've put up with a lot to finally get to February 24, you deserve to see how it all ends.