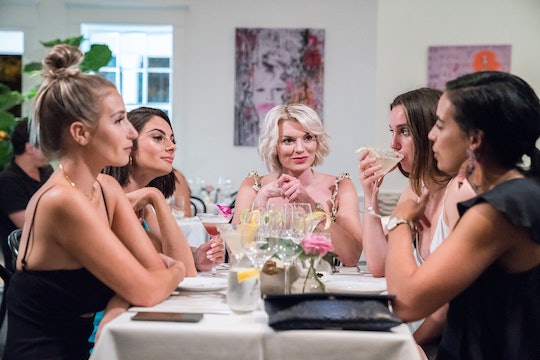 Season 3 of Summer House might have been the best season of the Bravo reality show so far. Friendships were made and broken, love popped up in the most obvious and unexpected places, and relationships finally progressed. This season was easily one of the more enticing of the series as a whole, so fans are probably going to ask how to stream Summer House Season 3 asap. You might have thought you’d seen it all when it comes to reality TV shows about groups of friends spending a dramatic summer away from home, but Summer House might just trump the rest of them.

The show follows young professionals each season as they break away from the monotony of their everyday lives and jobs in the city to spend a few glorious weeks at a summer beach house with their friends and frenemies. Season 3 has proven that with this particular reality show, each season is easily better than the last. Naturally, you are going to want to relive every moment or go back and watch any episode you might have missed to figure out why Carl and Paige are fighting *this* time.

Since Summer House has seen such success on Bravo and already has a decent fan following, there are multiple ways to stream Season 3, so you will have no excuses not to re-watch the season in its entirety.

Right now, you can stream Summer House on Amazon Prime, Vudo, and Fandango. All three websites offer prices per episode starting at $1.99 or you can purchase the entire season once all of the episodes are up. The Season 3 finale is tonight, so there’s a good chance that the last episode of the season will be available for streaming soon enough. You can also stream Summer House Season 3 on Bravo.com. You will need cable login information or cable streaming account in order to do that, though. Or, if you have access to DirecTV, you can watch Season 3 on demand. Most of the season is currently available for streaming and once the Season 3 finale airs, that will likely be made available too.

If you didn't watch the entire third season, you won't necessarily need to go back and find all of the episodes you missed. Given how juicy the season was, however, there’s a lot that can go over your head in 14 episodes if you happened to miss one or two in the process. And Summer House star Lindsay Hubbard agreed that Season 3 was one fans shouldn’t have missed.

Lindsay told AOL in an interview that Season 3 really saw the cast come into their own. She pointed out how the original cast members and newbies got to know each other more and how the drama was totally natural instead of contrived, as is sometimes the case with reality shows. While Lindsay doesn't know if there will be a Season 4, she said that she’s ready to return to the house and continue making memories with friends both new and old. "I would love to be back at the house with everyone, even Jordan," she said in the interview. "Everyone. I think we had a really, really good dynamic this summer."

As of now, there hasn't been an official Summer House Season 4 announcement, so the fate of the show is sort of up in the air. If the cast is willing to have another go at it and bring more drama and weekend partying, then I’m sure fans are here for another installment next year. Until that time comes, however, you can stream Summer House Season 3 to get your fill.