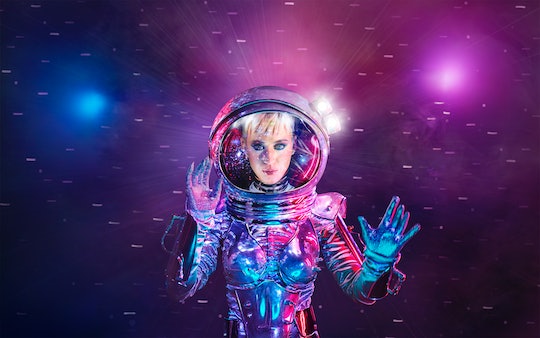 It’s not the official awards season time of the year, but it is time for the MTV Video Music Awards, which are like the Grammys, only more laid back and arguably a lot more fun. (Seriously, guys, anything can happen.) But since not everyone does the TV thing anymore, you might be wondering how to stream the 2017 VMAs, so you don't miss a moment of the action. Luckily, it’s pretty much as easy as you might think and it’s also plenty necessary, because who wants to miss any of the wild celebrity moments and jaw-dropping performances? (No one, that's who!)

If you can’t watch the VMAs on TV on Aug. 27 at 8 p.m. ET (perhaps because you're too busy watching another awesome some that evening, like say — the Game of Thrones Season 7 finale), then you can head to MTV Live, which is the spot on the network’s website to live stream different shows or specials. Or, you can use the MTV app on your phone to watch the award show live with your device, thereby allowing you to be on the go but still in the know of all the excitement that's taking place.

Unfortunately, there aren’t a ton of other options to stream the 2017 VMAs, but unless you want to catch the highlights online the next day, one of those will have to do.

This year, the MTV VMAs are going to be hosted by Katy Perry and for the first time ever, the famed Moonman award is going to be referred to as a more gender neutral "Moon Person" instead, in order to include all genders and nonbinary individuals. MTV president Chris McCarthy told The New York Times that the change will be in effect at this year’s award show. "Why should it be a man?” McCarthy said. “It could be a man, it could be a woman, it could be transgender, it could be nonconformist." That positive change in the VMAs is just one reason to stream it live instead of watching it later, after the fact.

In light of President Trump’s order to ban transgender individuals from the military, MTV sent a request out, inviting transgender members of the military to the VMAs. Since active military service members aren’t typically allowed to participate in widely publicized events like the VMAs, it’s unclear if there will be some in attendance, but the gesture itself says a lot.