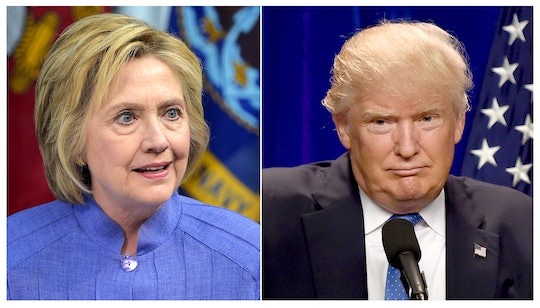 How To Stream The Democratic & Republican Conventions, Because There Could Be Drama

In case you haven't heard, both the Republicans and Democrats are preparing to officially launch their respective presidential nominees into the fray. With many Republican leaders chagrined that real estate tycoon Donald Trump is their only remaining option and diehard Bernie Sanders supporters desperately hoping their candidate will somehow emerge victorious over Democrat Hillary Clinton, the national conventions this month are likely to be dramatic. You'll want to tune in for the four-day-long affairs, so here's how to stream the Democratic and Republican National Conventions live.

The conservative elite, Donald Trump supporters, protesters, and even gun-toting citizens are headed to Cleveland for the Republican National Convention, which kicks off Monday, July 18. And on July 25-28, Philadelphia will host Hillary Clinton groupies, as well as the Bernie Bros hosting a "fart-in" to protest the party's presumptive pick. Of course, the candidates themselves and their running mates will be there as well, both working to encourage their parties to rally around them no matter whom they had supported during the primaries.

Anyone not traveling to the conventions in person can catch both events on the joint broadcast NPR and PBS will present, and many of the major news networks, including ABC, C-SPAN, CBS, CNBC, CNN, FOX, MSNBC, NBC, HBO, and more. And because you're going to have to be on the constant lookout to figure out wha the heck the deal is with that fart-in, streaming is also a crucial option. Here are some of the best places to do it:

Although its usually dedicated to video gaming, the social video platform Twitch has teamed up with both the RNC and the DNC to deliver live streaming of the events to users. In its announcement of the service last week, Twitch revealed that it will offer its broadcasters rights to co-stream the Democratic National Convention and to host the RNC on their channels. In addition, Twitch is introducing some "special global emotes" to use during both: RNCelephant, DNCbell, KappaVotes, VoteNay, and VoteYea.

YouTube wants to make sure you get to see both Clinton and Trump from all angles. According to Variety, the site will live-stream both of the conventions from a 360-degree angle. Users will have the capability to to control how they view the wrap-around perspectives, which kinds of has yikes written all over it. Stream RNC coverage at youtube.com/gopconvention and get the down-low on what the Democrats are up to next week at youtube.com/demconvention.

In an unprecedented move for the social media site, Twitter has announced it will partner with broadcast network CBS to stream the conventions. The Wall Street Journal reported that even those without Twitter accounts will have access to the video feeds, which will play alongside tweets and other content related to the conventions.

2016 may be a bizarre election so far, and the conventions have all the potential to follow in the same vein. Through the internet and social media, everyone who doesn't want to miss a second of it will have many opportunities to stream the conventions. It may be the clearest access anyone eating chips in bed has ever had to the political happenings at the conventions.