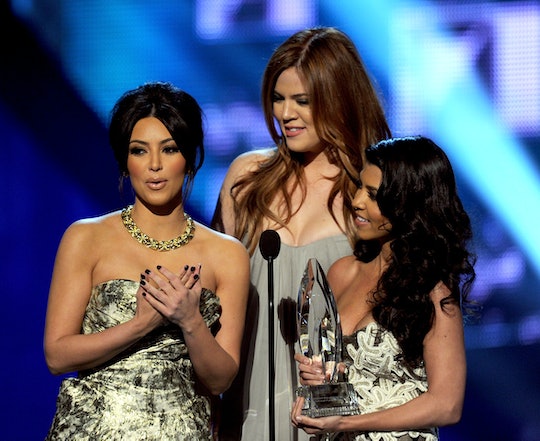 How To Watch The 2018 People’s Choice Awards This Sunday — Yes, It's Streaming

If you don't have cable (or you sometimes prefer to watch TV on your laptop under the covers like I do), there are a few options when it comes to streaming the People's Choice Awards this year. You can watch the show live via the E! app, as well as on E!'s YouTube and Twitter channels.

And for fashion fans, E!'s Live from the Red Carpet: The E! People's Choice Awards will air right before the awards show, at 7 p.m. ET. The red carpet special will only air on E!

The awards show features 43 — yes, 43 — different categories this year, according to The Hollywood Reporter. I'm personally most excited to see how the KarJenner family fares come Sunday night. Khloé Kardashian is nominated for Realty TV Star of 2018 (which she totally deserves after all the drama surrounding True's birth), and Keeping Up With the Kardashians is nominated for Reality Show of 2018.

Taking a page out of the MTV Video Music Awards' book, the E! People's Choice Awards will feature a few gender-neutral categories this year. I'm pretty excited about the new layers of competition this adds; for example, husband and wife team John Krasinski and Emily Blunt are both nominated for Drama Movie Star of 2018 for their work in A Quiet Place.

Voting is already closed for this year's PCAs, so hopefully you cast your vote last week. See you Sunday!