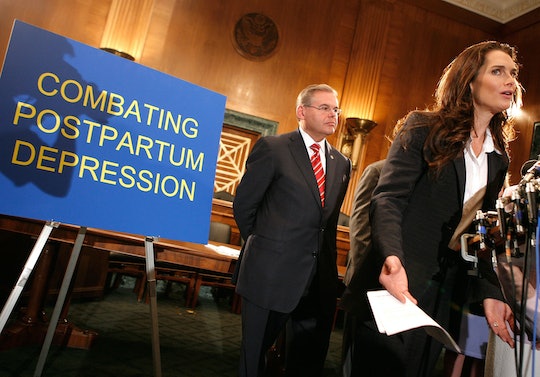 One in seven mothers in the United States struggle with postpartum depression. That's the latest statistic from the American Psychological Association. Both those one in seven women often suffer in silence because maternal mental illness is so stigmatized. The Affordable Care Act, though, made it possible for parents to get diagnosed and received treatment because it mandated insurance companies to cover a broad range of mental health services. The GOP, on the other hand, has chosen to undo all that progress by eliminating the ACA's minimum essential coverage requirement. How Trumpcare will affect moms fighting postpartum depression shows it will cause more problems than it solves.

Mothers struggling with postpartum depression have a hard time functioning or caring for their children. They feel frustration and anxiety, pain and self-loathing. A few women with PPD may also develop postpartum psychosis, which can lead to suicide or infanticide. Under the ACA, these women had increased access to mental health services, meaning they could receive the treatment and support needed. But, according to Psychology Today, the Trump administration's American Health Care Act kills the provision that requires insurance companies and Medicaid to cover mental health and substance abuse care, as well as maternity care, beginning in 2020. The GOP's ACA replacement bill will also significantly slash Medicaid funding and roll back the program's expansion, leaving millions of low-income mothers without essential and crucial medical care.

Without the essential minimal coverage provision, parents living with postpartum depression will once again retreat in the shadows because they will no longer have access to the services they need to diagnose and treat their illness. But maternal depression doesn't only affect the mother. Undiagnosed and untreated postpartum depression can also have an adverse impact on the child's emotional and cognitive development. A 2010 Infant Behavior Development study discovered that PPD can compromise caregiving tasks like feeding or nighttime routines, which weakens the parent-child bond. And a 2004 pediatric study out of Canada found that children born to parents with depression may develop anxiety, problems with attachment and social interaction, and poor self-control, among other issues. For the GOP establishment to deny people crucial mental health services, it's not only harming mothers struggling with postpartum depression, it's also putting the lives of children at risk.

Although conservative politicians may not have the best interests of parents at heart (either intentionally or indirectly), that doesn't seem to be true for all lawmakers. At least 15 states have passed legislation requiring postpartum depression screenings, developed public awareness and education campaigns around the illness, or appointed maternal depression tasks forces. (Some states, like Illinois and Iowa, have mandated both postpartum depression screenings and the distribution of PPD information.) The previous Congress did, however, pass Massachusetts Rep. Katherine Clark's Bringing Postpartum Depression Out of the Shadows Act of 2015 as part of the 21st Century Cures Act, according to Huffington Post; Clark's bill expanded funding for screening and treatment of postpartum depression and other perinatal mental illnesses.

The Trump administration loves to boast about how its helping the American people with its austere — and often draconian — policies. But a reading of the proposed American Health Care Act and its effects on mental health coverage should dispel any notion that Trump and his bedfellows care about its constituents beyond the ones in their pockets. If the GOP successfully implements this sad excuse of an ACA replacement, parents — specifically low-income mothers — would only lose out.

If you're struggling with postpartum depression, you don't have to go through the journey alone. Reach out to your doctor about treatment options or, if safer, visit Postpartum Support International's website for resources and support. If you are in crisis and need to talk to someone, whether or not you feel suicidal, call the National Suicide Prevention Lifeline at 1-800-273-8255. If you believe you or someone you know are in immediate danger, call 911.