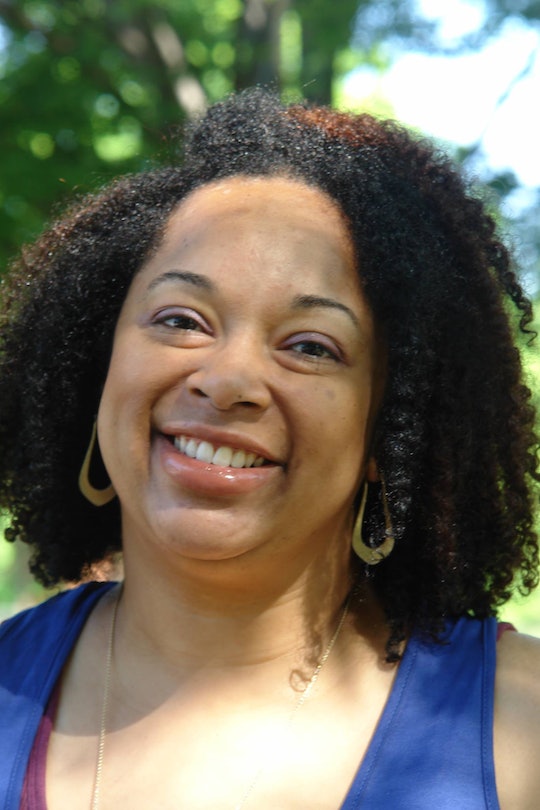 I Talk Openly About Having PCOS So Other Women Aren't Ashamed

I've lived with Polycystic Ovary Syndrome (PCOS) ever since I was 13 years old. However, it wasn't until I was in my 20s that I actually began treating the disease. That's because, up until then, I never knew I actually had a disease at all. My doctors acted as if I were making up symptoms or as though the disease itself was no big deal. But it is a big deal. This disease isn't pretty, but I am not ashamed that I have it. I want other women to learn more about what PCOS is, especially since half of those who suffer from the disease don't even know they have it. It took another woman telling me about her PCOS for me to discover that I suffered from it as well. This why I talk openly about having PCOS.

I was diagnosed with PCOS in my 20s, although I had suffered from the effects of the disease for at least a decade before my doctors formally diagnosed me with it. At 13 years old, my period disappeared. I'd started my period at 9 years old, and they'd come regularly since, and I'd gotten used to being the only girl in my elementary and middle school classes who had to carry maxi-pads in her book bag. But, when my periods suddenly disappeared, my mother freaked out. To her, the immediate disappearance of a period could only mean one thing: pregnancy. Despite protesting that I had not had sex with anyone and therefore could not be pregnant, she took me to a gynecologist anyway. He confirmed my story, but he didn't explain why my period was suddenly non-existent.

She did say something that I connected to immediately: She mentioned having irregular periods. I asked her what she meant, and she explained that she'd go months without having a period or that she'd sometimes bleed nonstop for months at a time.

Despite his ability to determine that I was not pregnant, the doctor could not explain why I wasn't getting my period anymore. The only thing he could do was prescribe drugs — birth control pills — to make it regular again and send me on my way. When the other symptoms associated with PCOS started rearing their ugly heads, I assumed they were unrelated to my irregular periods, never putting two and two together.

Fast forward from 1993 to 2003. I was having a conversation with a coworker about her attempts to get pregnant and she'd told me she was having a hard time and was considering seeing a specialist. I could only sympathize with her so much (the thought of being married and trying to have kids was the last thing on my mind at that time), but she did say something that I connected to immediately: She mentioned having irregular periods. I asked her what she meant, and she explained that she'd go months without having a period or that she'd sometimes bleed nonstop for months at a time.

I was surprised to hear her tell me about her struggles with her period. Not that I thought I was the only person to ever suffer from menstruation issues, but because most women I knew didn't talk about those problems openly. All my friends were annoyingly regular, and I had yet to meet anyone else with the same problems I had.

She continued to tell me that she knew getting pregnant was going to be difficult because she had PCOS. I asked her what that was and she explained it to me the best that she could: that you have problems with your period, that it's incredibly hard to lose weight, that you get acne and often facial hair. The official definition, according to the Mayo Clinic, defines PCOS as, "a common endocrine system disorder among women of reproductive age. Women with PCOS may have enlarged ovaries that contain small collections of fluid — called follicles — located in each ovary as seen during an ultrasound exam." Symptoms of PCOS, the Mayo Clinic notes, include "infrequent or prolonged menstrual periods, excess hair growth, acne, and obesity." For younger women, PCOS is often marked by infrequent or "absent" periods.

As she described the disease to me, I felt uneasy. She openly admitted to shaving her face everyday and talked about how her belly fat was mainly found in that one area of her body. I wasn't uneasy because she was opening up to me. I was uneasy because I could relate. Everything she said she went through, I'd gone through through as well. That was when I realized there could likely be a reason behind all of the things that made me feel ugly, that I felt ashamed about, and that made me feel like less of a woman.

It took some convincing with my doctors, but eventually, after several blood tests, they confirmed that I did have PCOS. I started treating the symptoms one by one. I did a series of laser hair removal treatments. I saw a dermatologist. I started working out more, watching what I ate, and taking Metformin, a diabetes drug proven to help women with PCOS cope with the insulin-resistance part of the disease. When I did get married and decided that I wanted to have children, I saw a fertility specialist. PCOS is the leading cause of infertility among women, according to the Mayo Clinic. It took us over a year to conceive and it would not have been possible without the help of a professional.

Knowing what I know now, I have to believe that, eventually, the right doctor would have come along and diagnosed my condition. But, who knows how long that would have taken. If it hadn't been for my coworker's honesty, I may have gone another 10 years without treating this disease or even knowing what I was going through had a name. It's why I tell people that I have PCOS and why I respect others, especially celebrities and those in the public eye, who also share their struggles with the disease. There are so many women out there who are coping with this issue alone. Hopefully, those other women are reading this essay right now and realizing that they do not have to.