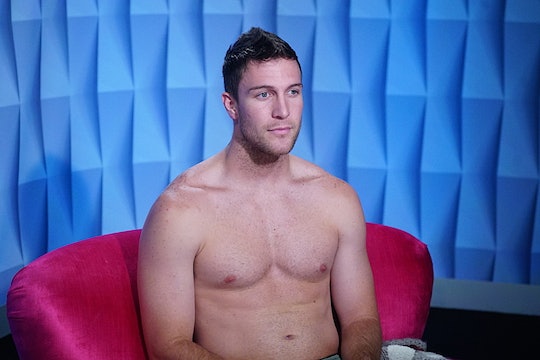 I'll be the first to admit that when watching shows like Big Brother or The Bachelorette, you tend to forget that these are actual living people and not specimens you're studying. And it's easy to forget to check yourself and remind yourself that these are actual people whose lives are playing out on national television for people everywhere to speculate about as much as humanly possible. And when you wonder if Corey from Big Brother is gay and question his sexual orientation ad nauseam, you're just feeding into the idea that these reality TV contestants and players aren't worthy of respect you'd give other people in day-to-day life. From this forgetfulness comes a certain ignorance that we sometimes can't help, but should be working toward preventing, given that whether or not Corey is gay on Big Brother 18 has absolutely nothing to do with the show itself or his part in the competition.

Thanks to some randomly placed looks or some awkward choices of words, Twitter has become ablaze with the idea that Corey is gay, even trending with the hashtag #NotGayCorey, which again, does nothing for anyone. It's a way to not only bully someone for their alleged sexual orientation (which is never grounds for bullying), but it also demonstrates an ignorance about the coming out process completely.

If Corey is gay on Big Brother 18, then it's news to most of us and isn't something that should be speculated about or knowledge that should be forced out. His sexual orientation is his own business; like anyone else, he has every right to handle in his or her own way. If, on the other hand, Corey is not gay, that is no one's business but his, and it illustrates how ridiculous it is to assume you know a person's sexual identity just by observing them hanging out in a bed or joking closely with someone of the same sex.

It's these sorts of assumptions that perpetuate stereotypes that no one needs to be supporting. Especially since, like I said, Corey's sexuality on Big Brother has absolutely nothing to do with the show. Like, at all.

When Season 18 of Big Brother first started, there was talk about Corey's alleged past tweets, which many described as using awful derogatory slurs. Some even speculated that the tweets support the theory that Corey is gay. But, again, that really is no one's business but his. Of course it's interesting to watch the houseguests on Big Brother and keep up with the daily feeds, or else the feeds wouldn't be there for us to enjoy. But the point of them is to get a closer look at the houseguests and their alliances and thought processes, not to bully them on social media.