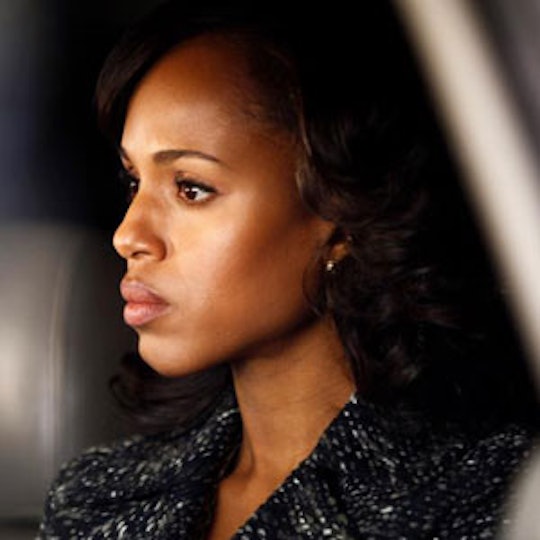 Internet Reactions To Last Night's 'Scandal' Were Mixed, But That Was The Point

This morning my Facebook feed was taken over by Scandal-related status updates: some honest, some angry, and some from friends who I know damn well have never watched the show but wanted to jump on the bandwagon. So what the heck was everyone talking about? Well spoiler in 3...2...1...OK: Everyone was discussing Olivia Pope’s abortion. Why? Well because it happened quickly. It happened unexpectedly, and it happened in a way we have never seen it before. Oh, and because Scandal confronted the issue of abortion in a powerful way.

From start to finish, Olivia’s abortion occupied just one minute of airtime, but that was all it needed because in that minute — in those 60 short-yet-painfully long second void of dialogue or other characters — Olivia’s choice spoke volumes. Part of that is thanks to the way it was shown: Olivia’s abortion was the first network depiction of an actual abortion procedure. (Past TV abortion storylines have covered the procedure through a series of before or after shots, images of the characters in waiting room or lying in bed afterwards.) But the other part is thanks to her character. You see, Olivia isn't in her early 20s. She's a career woman. A powerful woman. While most abortion stories tend to focus on individuals who would struggle to take care of a newborn baby, teenagers or undergrads with their whole college career ahead of them, or those who were raped, none of the above is the case with Olivia. She is a woman with the means and ability (financially speaking) to take care of a child, but she decides motherhood isn’t for her. She just doesn’t want one.

Unsurprisingly, Twitter fans are as split on Olivia’s decision as they are on the IRL abortion debate:

Whether you agree with Olivia's choice or not, the show's portrayal or not, or how Olivia reacted afterward or not, isn't what matters. What matter is that the series — and creator Shonda Rhimes — took a risk to get us talking — talking about abortion. Mission accomplished.

More Like This
Megan Fox Explains Why She Asked Machine Gun Kelly If He Was Breastfed As A Baby
What Exactly Are Minions, Anyway ?
Sarah Levy Reveals Birth Of Her Baby Boy & His Name Is A Sweet Tribute To Her Dad
Ciara Shares What She Loves Most About Russell Wilson As A Dad