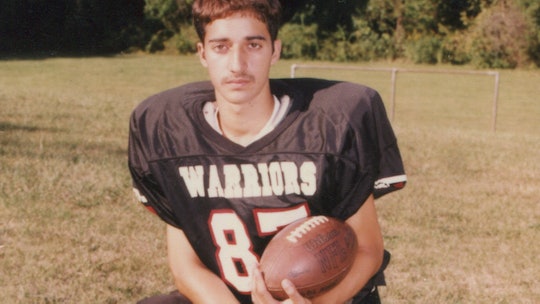 On Mar. 10, The Case Against Adnan Syed premieres on HBO. The four-part documentary series will shed some light on Adnan Syed's case for the murder of Hae Min Lee, a high school student in Maryland and Syed's ex-girlfriend. Naturally, as HBO prepares for the release of the true-crime docuseries, viewers are more curious than ever and investigating details of the case on their own terms, including whether or not Adnan Syed is still in prison.

For those of you who aren't familiar with the story, Syed was sentenced to life in prison for the murder of Lee in 1999. He served time in jail for over a decade when NPR's Sarah Koenig featured Syed's case in the true-crime podcast, Serial, in 2014. Soon after the release, the podcast garnered worldwide attention, renewing interest in the case.

Although most listeners found that Syed's guilt or innocence was difficult to determine at the end of Serial, it also seemed like people agreed that he did not receive a fair trial, as the podcast uncovered key inaccuracies in the case. In 2015, director Amy Berg started production on The Case Against Adnan Syed, which picks up where Serial left off. In an interview with Vulture, Berg revealed that she was "dissatisfied with the information that was available," particularly with Jay Wilds' story.

"Clearly Sarah Koenig was leaning towards Adnan’s innocence and she got sidetracked by Jay a little bit, too," Berg said. "I was not sure. There was enough doubt for me to want to give this a real close look, and I was very clear with the producers that if I found out anything about Adnan being involved with it, I wanted to go down that road as well."

The trailer for The Case Against Adnan Syed claims to give “a new chapter in the story."

In 2016, Syed's conviction was vacated and he was granted a retrial on all charges by Judge Martin P. Welch of Maryland. However, this was not the end of Syed's prison sentence and Syed is still in jail in 2019.

A few months after the retrial announcement, Syed's attorneys requested for bail, but it was denied. It wasn't until Mar. 2018 when the Maryland Court of Special Appeals decided to uphold Syed's new trial. In May 2018, the state's prosecutors appealed the decision, arguing that new evidence would not impact the original outcome. But, by July, the Court of Appeals agreed to hear out both arguments.

Now, the ruling is pending and according to Rabia Chaudry, the attorney who contacted Koenig for Serial, the Court of Appeals could issue a ruling as late as Aug. 2019. Until then, Syed remains behind bars.

Following the news of Syed's retrial in 2016, the Lee family issued a statement through General Thiru Vignarajah.

Per Refinery29, the statement read:

The events of this past week have reopened wounds few can imagine. It remains hard to see so many run to defend someone who committed a horrible crime, who destroyed our family, who refuses to accept responsibility, when so few are willing to speak up for Hae. She stood up for what was right, regardless of popular opinion. Unlike those who learn about this case on the internet, we sat and watched every day of both trials — so many witnesses, so much evidence.

It's clear that details of this case are still unfolding to this day. Syed is still awaiting his retrial and until a decision is made, he continues to live out his prison sentence. The Case Against Adnan Syed hopes to shed some light on the case — and maybe even present new information that could potentially challenge the state's case.

The Case Against Adnan Syed premieres on Mar. 10 on HBO.