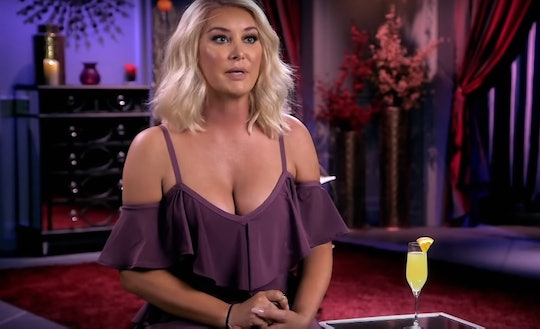 Whenever someone new is brought into the fold on Vanderpump Rules, they can either slide in perfectly with the rest of the cast or rub someone wrong right off the bat. Unfortunately for Billie Lee, despite being on the show for two seasons now, the latter is the case and Lala isn't a big fan. But just because they are officially frenemies on the show, it doesn't necessarily mean Lala and Billie Lee aren't friends outside of Vanderpump Rules. They could very well have hit it off once the cameras stopped rolling and since this is reality TV, anything is possible. If that did happen, though, there's no clear sign of it. As much as you might want everyone related to SUR to be one big happy TV family, that just isn't always going to happen.

The drama between the women started when Lala failed to invite Billie Lee to a girls’ night event, which included all of the other women in their inner circle. Shots were fired and Billie Lee took this as a direct blow to her rather than an innocent oversight. Lala told James that Billie Lee insinuated that Lala and the other women are transphobic and that was the reason behind her not being included in their girls’ night.

Billie Lee, who is a transgender woman, saw it as an attack on who she is and Lala was immediately defensive. Needless to say, it sparked a war between them and it's not going to be easy to come back from that.

In January, Lala spoke to The Daily Dish podcast about the incident and arguments that followed it and was still blown away by Billie Lee’s reaction toward her. "Billie is just a very strange person. I think she likes to stir the pot; I think she's looking for her five minutes and I gave that to her, so she's welcome, you know," Lala said on the podcast. Obviously she, too, is unafraid to stir the pot. "But yeah, I don't have much to say about her; I think she's an extra on our show and she shows up and does a great job as such."

If those words aren't enough to ensure that the two will never be Vanderpump Rules BFFs, then I don't know what is.

After the incident aired on the show, Billie Lee took to her blog to talk about feeling rejected by the other women and how it brought back feelings she thought has been long gone for her now, as an adult.

"Never in my wildest dreams would I think as a grown woman I would be in this situation, where a work event would be the deepest trigger I’ve ever felt," she wrote. "Growing up transgender, you deal with a lot of exclusion. So many girl sleepovers I couldn’t go to because I was physically a boy, or all the fun things my girlfriends would talk about in the girls’ locker room that I would never get to hear."

Being left out of the girls’ night brought all of those memories back for Billie Lee and rather than trying to talk it out with her, Lala went on the defensive and it wasn't pretty.

Although James said on Vanderpump Rules that he and the rest of the cast are LGBTQ-friendly and totally supportive of Billie Lee, it didn’t erase the fact that she had already felt excluded by Lala and some of the other women on the show. Whatever Lala’s motives were for leaving her out, if they were even intentional, it sparked a big feud that I don't see dying down anytime soon.