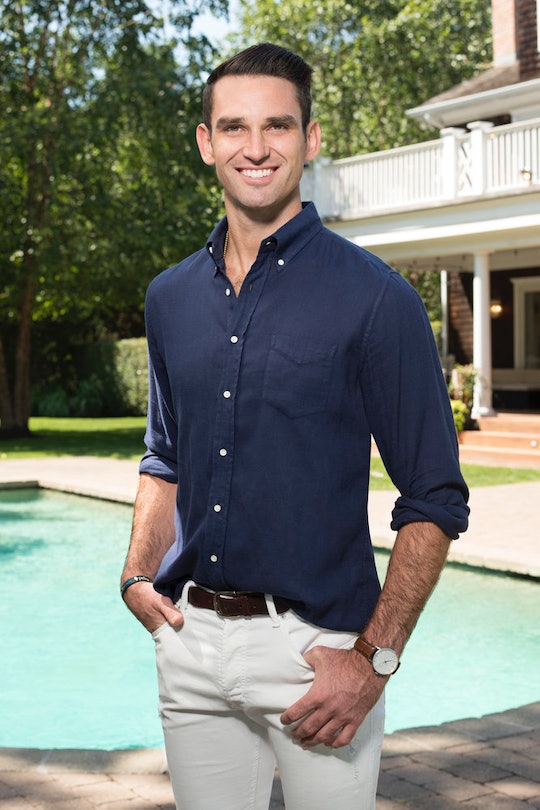 Carl Is All About Keeping His Options Open On 'Summer House'

For some, Summer House is about falling in love or at least embarking on a summer fling to pass the time and make things more interesting. For Carl, the show has been about the ups and downs of multiple relationships, and that probably won't ever change. He is known as the show's resident playboy who prefers to play the field whenever possible, so if Carl is still single after Summer House Season 3, it wouldn't be a total surprise.

He spent the better part of Season 1 and 2 dealing with his relationship highs and lows with Lauren. They went from friends, to a flirty will they/won't they dynamic, to dating and, eventually, back to friends (sort of). They were not without their own drama though and viewers got to see the best and worst of their relationship play out over the first two seasons of the show until they finally called it quits in Season 2.

Now, he seems to be getting close to fellow Summer House star Paige, but while they look like they are having fun hanging out, it doesn't appear to be anything serious. The Summer House playboy is likely still just that. A tiger just change its stripes overnight, right?

In March, Carl spoke to The Daily Dish about where he now stands with Lauren and if they might rekindle their drawn out romance yet again. While he seems to harbor no ill will toward his ex, it doesn't look like they are back together or will be anytime soon. "When you date someone, there's always gonna be friendship loss or awkwardness," he said, of losing touch with her after the Season 2 reunion. "Whenever there's kind of miscommunication and she maybe still has feelings for you or does not, it's hard to keep in touch. I think it's just sometimes better to cut ties."

After she decided to move away from New York City and split her time between the East and West coast, Carl admitted that he was surprised, but at peace with the news. "I didn't know she was moving until actually I ran into her unintentionally at the same restaurant she was having her going away party, and then the next morning is when she actually moved," he told The Daily Dish. "We'll all miss her in some ways, but I think, for me, I'm excited about next chapters of new females in my life."

As far as Carl’s would-be relationship with Paige goes, there could still be some hope for them on Summer House moving forward. They have been getting closer on the show and recently, Carl posted a video of the two of them at a wine tour looking pretty cozy next to each other. That could mean things are still progressing with them outside of the show, or they are still just flirty friends. But from where I’m sitting, it seems like Carl is still single after Summer House and enjoying life without the drama that relationships have so far afforded him on the show.

If there is any woman who is prominently in Carl’s life right now, it is probably his mom. He has a handful of pictures with her on his Instagram with captions like "Hard to put into words how happy this Woman makes me" that show how important his relationship is with his mom, so at least he has that going for him.

If nothing else, maybe it's a good thing if Carl is enjoying single life once again. I would rather watch him play the field than see more sheet cake smashing relationship drama on Summer House.

More Like This
Kim Kardashian Stars In Hilarious House Of The Dragon Parody, The Targashians
New Barney Docuseries Will Dive Into The Dark Side Of The Beloved '90s Kids' Show
Khloé Kardashian Shares First Look At Her Son & His Birth
Khloé Kardashian Reveals Tristan Thompson Proposed To Her Last Year & Why She Said No