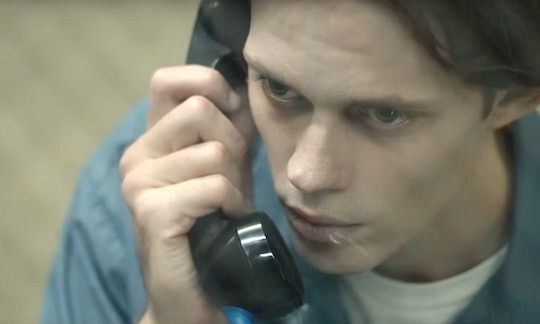 Hulu's 'Castle Rock' Is About A Famous Fictional Town

Say what you will about books being made into movies or TV shows, but I've always been partial to them. There's something beautiful about a novel being transformed into a visual work — especially when it comes to Stephen King. He and J.J. Abrams have teamed up for a new Hulu show, this time taking place in King's fictional Castle Rock, Maine. But is Castle Rock based on a book?

Fans of the horror genre author have likely heard the name before, as he's used his fictional town for other stories and miniseries, but the new Hulu mystery series is a brand new story that only features the quiet Maine town from King's novels. According to The New York Times, Castle Rock uses locations and characters from past King stories, but overall, it's a brand new story itself. This means that even his most dedicated fans probably won't see what's coming. In fact, the stars themselves apparently didn’t know much more than anyone else during filming.

"The crew gets the scripts at the same time we do, and they’re like 'What does this all mean?'" Bill Skarsgård, who plays a mysterious prisoner in Castle Rock, told The New York Times.

Castle Rock takes a lot of what you might already know about King's work, including little Easter eggs and callbacks to other characters, and turns it into something that already feels like his classic work from the trailer alone. The 10-episode series will premiere on Hulu on July 25, but depending on how popular it is, never say never about it gaining a big enough following to garner more seasons. King's last miniseries on the streaming platform, 11.22.63, was based on a science fiction novel he'd written prior to the development of the miniseries and was always meant to have a beginning and an end. With Castle Rock, things could be more long term.

Abrams told The New York Times that overall, the show feels like "classic Stephen King, the Stephen King I fell in love with." He also said that there's plenty for fans to look forward to and look out for during the 10 episodes, apart from the actual story.

"I loved the perpetual possibilities of what you might find for fans of King behind any door, who someone might be, who they might be related to, what they might have been involved in," he added.

Basically, the show is based on King's characters and the mysterious Maine town of his imagination, but if you're worried there's a novel of his you might have missed, that's not the case here. According to The Hollywood Reporter, sources allegedly said that the plan is for the show to be like an anthology series, with each season focusing on a set of different characters and themes in Castle Rock the town and from King's literary universe. If that's true, then sign me up please.

Although King is an executive producer on the show and okayed some ideas while giving his own input, he wasn't too hands-on with the production of the show. I still have complete faith that it feels like any other mysterious and frightening King story, but since it isn't based on a pre-existing book of the same name, it would seem that Castle Rock really has limitless potential.