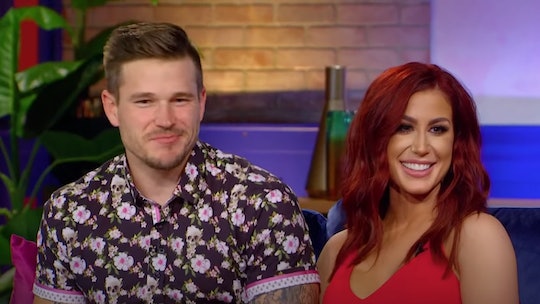 Shortly after announcing she's pregnant with her fourth child, Teen Mom 2's Chelsea Houska also revealed whether she's having a girl or a boy and it sounds like the reality star's husband Cole DeBoer is about to be outnumbered.

Ahead of their sex reveal, Houska announced that she's pregnant with her fourth child with an equally cute post on Instagram. "One more DeBoer! Coming early 2021," she captioned a photo of their names and "Baby" written on wood. And, turns out, "Baby" is a little girl who's set to make her debut next year.

In an interview with MTV News, Houska shared that "everything's been going very smooth, and baby is doing good" and added that "everyone is very excited."

In February 2019, Houska had revealed to E! News that more children would be in their family's future, but they weren't in a big rush after Layne's birth on Aug. 29, 2018. "We definitely want more kids — at least one — but I think we're probably going to wait a little farther than the last two babies," she told E! News. "Maybe when she's two, we'll start thinking about it. But there will be more."

While speaking with MTV News about her pregnancy with her fourth child, Houska shared that she will likely be their last. "This has definitely been the most 'pregnant' I've ever felt, like the most classic pregnancy symptoms with this one," she told MTV News. "This is most likely our last baby, so we joke that this one is making it a little harder — making me a little sicker so that we are OK with being done after this one."

Fans can watch Houska as she prepares to become a mom of four when the newest season of Teen Mom 2 premieres on MTV starting on Sept. 1.