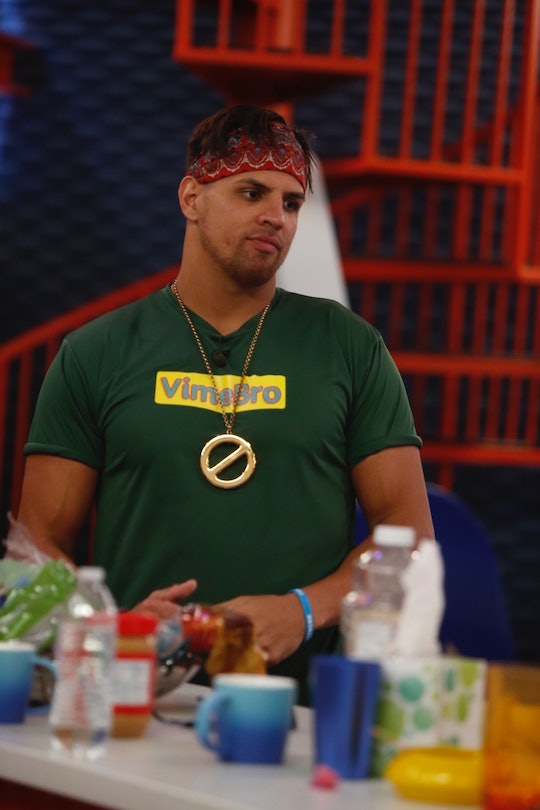 For a guy who makes a living as a substitute teacher, you wouldn't think that Faysal Shafaat is on Instagram, or at least that the Big Brother houseguest is as active as he is on social media, but it’s true. In fact, Faysal, or Fessy’s, Instagram might be one of the busier and more popular accounts out of all of the houseguests this season. This is thanks in part to Fessy’s other passion, which is fitness. He has his own fitness gym app called Fessy Fitness and regularly posts photos from the gym and various intense workouts that make me feel like I really need to step up my cardio and weightlifting game.

There are also what appear to be some professional modeling shots of Fessy on his Instagram, which isn't a total surprise. Reality TV contestants are often into fitness and modeling at the same time, but if Faysal is also a model on the side, that would be news to viewers. For the most part, Fessy’s Instagram outside of Big Brother tends to focus on his life in the gym and a plethora of post-workout selfies. But there are some photos of him with his family thrown in there to balance things out.

Overall, I'd say that Fessy’s Instagram is exactly what you’d expect and at least it isn't private or nonexistent, like that of some other houseguests. Don't they know that fans need to get all of the juice on them before and during the season? Fessy revealed early on in the season that he’s into fitness and may have plugged his app as well, so of course there are a ton of workout photos and videos on his Instagram. He also included just one video he took of himself at work as a substitute teacher.

Fessy’s religion is very important to him, and from the looks of things he holds his family in high regard as well. There are a few photos of Fessy with his dad, but more with himself and his siblings, which is kind of adorable.

On Big Brother, it hasn't been hard for Fessy to make friends, especially with the female houseguests. He had a brief flirtation with Kaitlyn Herman, though Haleigh Broucher appears to be his first showmance of the season. Otherwise, it doesn't look like he’s dated anyone in real life recently. Well, he could also be one of those people who delete any and all signs of an ex on social media once they become an ex.

Fessy has proven himself to be fairly decent at competitions so far this season, though not so much so that he’s put a target on his back. He also has a pretty good social game, as he’s managed to make connections with multiple houseguests already, so I don't see him going home anytime soon. But judging from his Instagram, he’s not putting on airs or acting in a particular way just to get the other houseguests to trust him. And for that, it makes me wish he could have the chance to be voted as most trending houseguest at some point. He also has an adorable pitbull who he referred to in one post as the love of his life, so there’s that.

Just in case the three weekly episodes of Big Brother and the live feeds don't do it for you, Fessy’s Instagram has plenty of posts to help you get to know the houseguest a little better while also getting your Fessy fill until the next weird or adorable thing he does on camera.