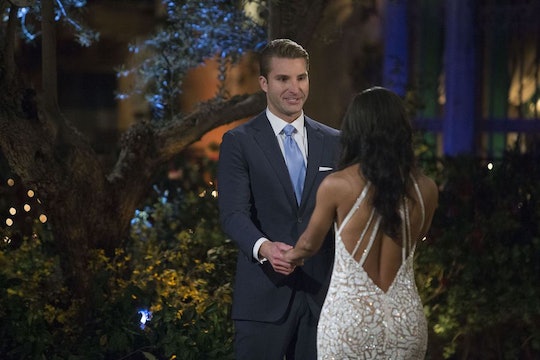 'The Bachelorette' Tickle Monster Is Kind Of A Catch

Again, I totally get being put off by Jonathan's tickling and weird prop hands that are like something out of Whose Line is it Anyway? but I think a lot of us forget that Jonathan is not only a doctor, but he’s a formerly long-haired surfer guy who has a lot going for him underneath that dorky exterior. Unfortunately, his social media presence is scarce, likely because he’s a professional and wanted to either wipe his Instagram clean before going on The Bachelorette or he was never that much into the Instagram life anyway, which is totally possible.

Either way, his account has all of nine posts, most of which show him hanging out with friends in the outdoors or doing something involving surfing. That being said, if we’re going by Jonathan’s social media world alone, I’d say that he’s still single after The Bachelorette.

He recently traveled to Puerto Rico for a "bro" weekend, which definitely seems like a single guy thing to do, and while he could have left a girlfriend at home, he also has a busy enough life that dating might be something that often takes the back burner for him. Aside from being forever known as the tickle monster, Jonathan is clearly in great shape and is all about the outdoors, which are both attributes most of us would want in a guy since the alternative isn’t cute.

He’s also a practicing family doctor in New Smyrna Beach, Florida and has a dog for his companion. In his Bachelorette bio, Jonathan mentioned that the most outrageous thing he’s ever done is go skydiving twice, so he’s definitely not afraid of adventure, which is something Rachel would likely totally dig if he didn’t have this class clown vibe to him this season.

He also revealed that he’s been married before, and according to OK!, the marriage ended in 2015 and it’s unclear why, but by all accounts, it looks like Jonathan is at least single right now. Of course that doesn’t bode well for whatever his outcome on The Bachelorette will be, but at least he seems like he’s been having a good time.