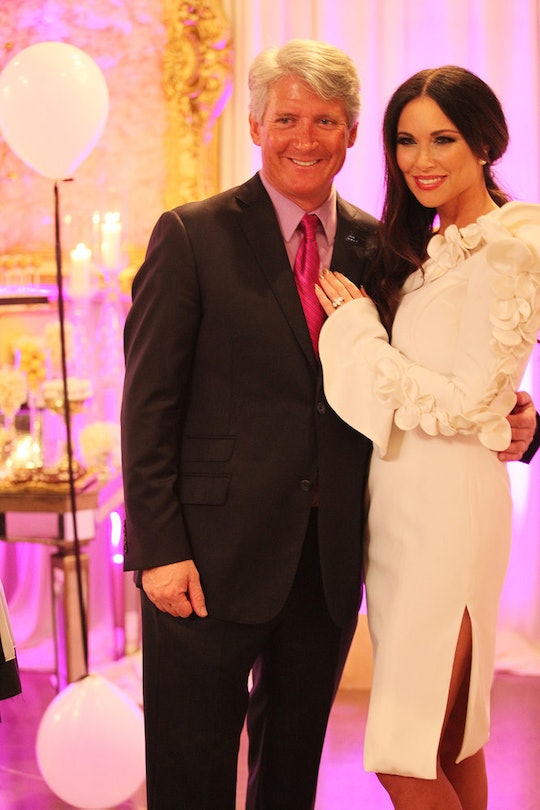 LeeAnne Locken's Wedding On 'RHOD' Has Yet To Happen

The Real Housewives of Dallas is a relatively new show in the franchise. Season 3 only just premiered and by all accounts, viewers are still getting to know most of these women, including LeeAnne Locken. She announced her engagement at the end of Season 2 with plans to be married in summer, so fans are probably wondering if LeeAnne Locken is married on RHOD. She’s been with her partner, Rich Emberlin, for more than 10 years, but it looks like the two have yet to actually tie the knot.

They are engaged, however. Viewers saw the proposal back in Season 2, when Rich surprised LeeAnne with the sweetest and most thoughtful gesture during a carnival game. He had actually hidden the ring behind one of the balloons you're supposed to pop by throwing darts. When he took out the ring and asked to place it on her finger, LeeAnne said, "You’re going to make me cry." To which Rich responded, "I don’t want to make you cry. I want to make you happy." Sigh.

But since the televised proposal, have Rich and LeeAnne gotten married yet? It’s been just two years since it all went down, so there’s still time to continue planning the wedding. And right now, it looks like they’re still enjoying the engagement.

So how did these two lovebirds get together? LeeAnne told The Daily Dish that Rich saw her at an event and then sent her a Facebook friend request shortly after. LeeAnne had recently broken things off with another man she’d been seeing at the time, and at first, she was a little put off by his profile picture.

Luckily, she looked past his inability to take a good selfie and met him in person. And from there, they got closer and closer. It may not be a conventional fairytale, but LeeAnne and Rich are totally in love and enamored with each other.

There aren't any clues on LeeAnne’s Instagram about their upcoming nuptials, but there is a page on TheKnot.com that may or may not belong to the couple. It lists their official wedding date as October 20, 2018, but it’s hard to say for certain if it’s legit. There aren’t any other details, which is a little suspect. Then again, being on a hit TV show, they probably wouldn't want the location of their wedding and reception laid out for the world to see anyway.

LeeAnne was, however, planning the wedding back in September 2017 and she told The Daily Dish that she hoped to make it "a very intimate, authentic, soulful ceremony." At the time, she said that she and Rich were considering a few different dates near the end of summer 2018, and since they don’t seem to have actually had the wedding just yet, that October date could be accurate. She also said that among her RHOD castmates, she was considering only inviting Kameron Westcott and Tiffany Hendra at that time. So I, for one, am hoping to see at least a snippet of this wedding on TV, even if it may go against the whole “intimate” ceremony idea.