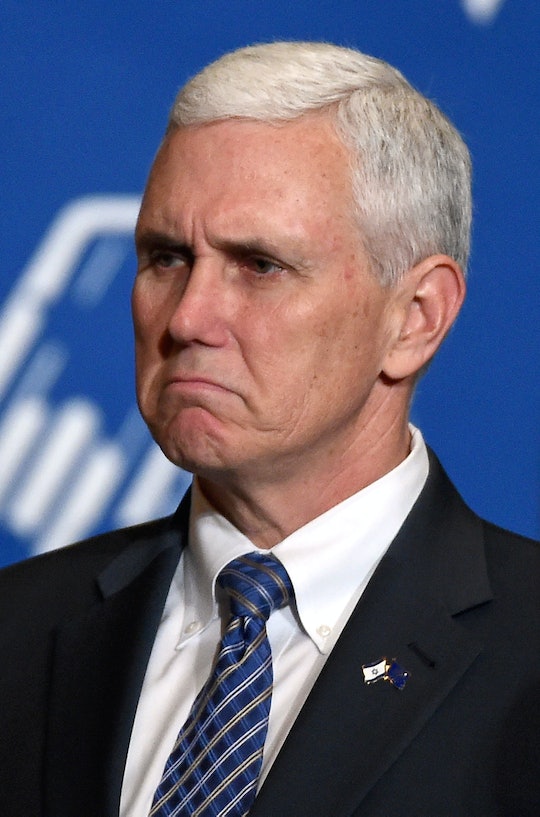 Is Mike Pence's 'Smoking Doesn't Kill' Op-Ed For Real? Somehow, It Is

2016 is certainly a contender for whackiest election season ever. It's come down to Donald Trump, an erratic Republican former reality TV star to whom many members of his own party have said they would be loath to permit access to the nuclear clothes, and Hillary Clinton, an entrenched Democrat who dealt with an FBI investigation into her alleged misconduct as Secretary of State that cast a pall over much of her candidacy. And in the era of presidential Twitter beefs, the man whom Trump will likely name as his running mate Friday is the author of an almost-forgotten, fittingly nonsensical op-ed. Yes, Mike Pence's "smoking doesn't kill" op-ed is for real, but is anyone even surprised at this point?

This week, Trump's camp announced that he would reveal his VP pick in New York on Friday, and on Thursday sources close to the campaign allegedly indicated that conservative Indiana Gov. Pence would emerge the victor of the veepstakes. You may know Pence as the guy who hates abortion so much that he signed a law this year to mandate women have funerals or cremations for aborted fetuses, or the politician who was all about passing a controversial religious freedom law that initially made it A-OK for business to discriminate against gay people.

But now, I know him as the true anti-big government crusader who kicked off his 12-year stint as a Congressman circa 2000 by penning blithely worded op-ed to remind us all that, actually, smoking doesn't kill. Gotcha!

Revived from the annals of Pence's campaign archives by BuzzFeed reporter Andrew Kaczynski last year, "The Great American Smoke Out" asserts that nothing could be worse for Americans' health than a government that tries to protect them by passing measures to regulate the tobacco industry, for example. Let's peruse:

Time for a quick reality check. Despite the hysteria from the political class and the media, smoking doesn't kill. In fact, 2 out of every three smokers does not die from a smoking related illness and 9 out of ten smokers do not contract lung cancer. This is not to say that smoking is good for you.... news flash: smoking is not good for you. If you are reading this article through the blue haze of cigarette smoke you should quit. The relevant question is, what is more harmful to the nation, second hand smoke or back handed big government disguised in do-gooder healthcare rhetoric.

Except... smoking does kill, for all of you who missed every single day of your elementary school D.A.R.E. program. In fact, this may be a good time for a news flash á la Mike Pence: Smoking kills 480,000 every year, according to the Centers for Disease Control & Prevention. It does so by causing lung cancer, cardiovascular disease, and other fun stuff. But hey.

Pence did write the "smoking does't kill" piece long before teaming up with Trump, but the complete disregard for truth and off-the-wall statements do pair nicely with the campaign Trump is running so far. This new phase of the 2016 race promises to be just as bizarre as ever.