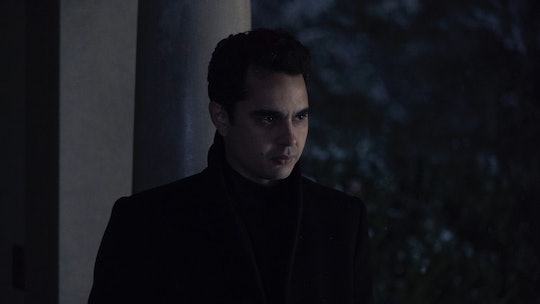 If there was one character who was underutilized in The Handmaid’s Tale Season 3, it was Nick (Max Minghella). He popped in for a few episodes and tried to help June (Elisabeth Moss) keep Nichole in Canada when he spoke with the Swiss delegates. But other than a couple of nights behind closed doors with June, Nick was hardly a central character this season. And after the finale, fans probably wondered if Nick is ever coming back on The Handmaid’s Tale. Season 3 was mostly The June Show and although I’m not complaining, I felt it was a let down that Nick was out of the picture so much.

Season 3 chronicled June’s fall into despair and subsequent rise to (relative) power. She became a leader of her own sector of Mayday as she worked through the details of her plan to get kids out of Gilead. She proved she doesn't need the help of Nick or any Eye in order to make things happen, which might have been the point of distancing Nick from her storyline this season.

He also had his own journey as a commander in Chicago. I still can't see Nick leading soldiers in a fight *for* Gilead, but that’s where his story took him this season. The last time viewers saw him, he was leading his troops in Season 3 Episode 6.

Because no one associated with the show has said otherwise, I think Nick will be back at some point next season. He wasn't killed off and he is still being used as an instrumental part of Gilead’s rise. If Gilead isn't done with Nick, then I doubt The Handmaid’s Tale is done with him.

In June, Minghella spoke to Den of Geek about Nick’s future on The Handmaid’s Tale and what going to the front line in Gilead’s war with Canada and the U.S. rebels means for his character. While he admitted he didn't know there was an active war going on before he saw the script himself, he was excited to see what this meant for his character and the show as a whole.

I’m not sure if this means Minghella is excited to discover more about his character as well, but it's possible that is where Season 4 is headed. The war was sporadically mentioned throughout Season 3, as was Gilead’s struggle to maintain hold of Chicago. There was even a scene where Commander Lawrence forced June to choose a group of women to save from those who were taken from Chicago. And in the Season 3 finale, June saw firsthand how carefully secured some portions of the country near the Canadian border are.

It’s possible that Season 4 could focus more on the politics of Gilead and the war that was apparently raging throughout Season 3 and forced Nick to the front line. I also firmly believe that, in a show like The Handmaid's Tale, if you don't see a character die, they are more than likely still alive and just waiting for their next big break in the storyline to present itself.

Although it’s not clear how much longer Nick will be gone, I think he will be back at some point during Season 4.

The Handmaid’s Tale airs on Wednesdays on Hulu.