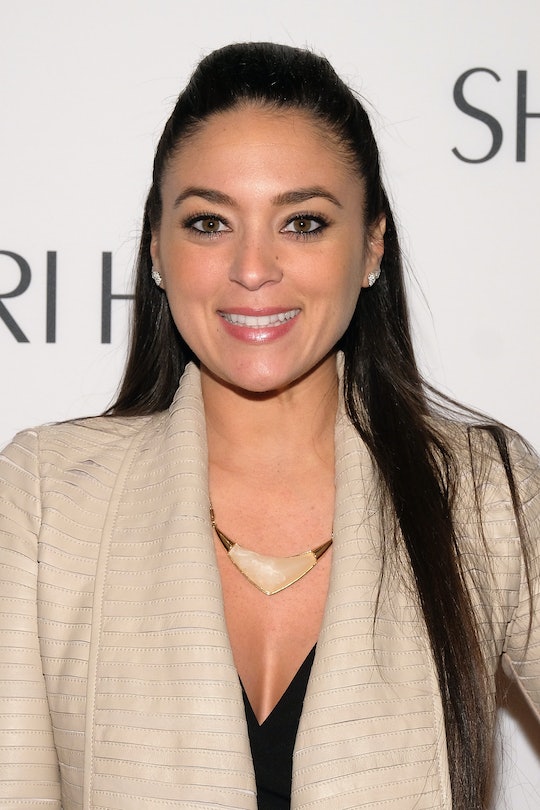 A big, and cringeworthy, part of the Jersey Shore Family Vacation premiere was the doll that Paul DelVecchio, a.k.a. Pauly D, brought along to take the place of the noticeably absent Sammi "Sweetheart" Giancola. But since it became clear early on that the real Sammi would be a no show with her fellow cast mates this time around, is Sammi watching Jersey Shore Family Vacation at least? The former Jersey Shore star seems to have moved on from the franchise completely and with no real hard feelings intact.

Although Pauly D’s lifesize doll of Sammi did come complete with all of her more important catchphrases, including the much-loved "Rahn, stahp," it definitely brought focus to the cast member's absence right away. Prior to the show’s premiere, Sammi took to Instagram to tell fans exactly why she wouldn't be participating in filming the new show and explained that she's "at a completely different place" in her life now and that instead of potentially taking a few steps back in being in the same house as her ex-boyfriend Ronnie Ortiz-Magro, she opted to stay out of the reunion series.

"I am not the same person as I was when I was 22," she wrote. "At 31, I am currently extremely happy in every aspect of my life and want to avoid potentially toxic situations." Given her clear inclination to stay away from the show, does that mean Sammi isn't watching Jersey Shore Family Vacation? Since she has other things going on in her life and made the conscientious effort to not be a part of the cast this time around, I would imagine that she’s also not too keen on the idea of watching it, at least not past the first episode.

During the night of the premiere, Sammi did tweet, "I love my @DeenaNicoleMTV," possibly in reference to Deena Buckner’s support for Sammi throughout the premiere episode. Since the two-hour series premiere was largely about Sammi’s absence and the joke about the life-size Sammi doll that played itself out pretty quickly, you can't really blame her if she chooses to not watch the rest of the season.

She did mention in her Instagram note that she still loves her former roommates and fellow cast members, though, so I doubt there are any hard feelings. But since it seems as though she’s truly moved on from that chapter in her life, Sammi probably isn't going to be watching the entire season of Jersey Shore Family Vacation. Since the original Jersey Shore ended in 2012, Sammi and Ronnie broke up for good and she’s now in a stable relationship with Christian Biscardi, who she recently referred to on Instagram as her "strength," and with whom Sammi actually started a business. Together, they started The Strength Spot with the goal of empowering others to lead healthy lifestyles through fitness and healthy diets.

Since it’s been six years since the show was even on-air, most of the cast didn't expect it to ever be revived, especially as a brand new show, so naturally, most of the group moved on. "She didn't want to be a part of it because she's moved on with her life," Jenni "JWoww" Farley told E! News, adding:

For all of us, we never thought that this was coming back. We truly wanted it to come back, but we never thought that, so when the opportunity came, she's just in a different place now. And she had real-life drama in this house, so I think she just didn't want it brought up again.

On the Jersey Shore Family Vacation premiere, Deena also said as much when she defended Sammi time and again, so it was no big shocker that she decided to stay away from the show while the rest of the cast opted to return. It sounds like Sammi's absence and distance from the show is what’s best for her overall, and it wouldn't be too surprising if she decided not to watch the rest of the season.